Ex-president calls for Russia to abandon food trade with West 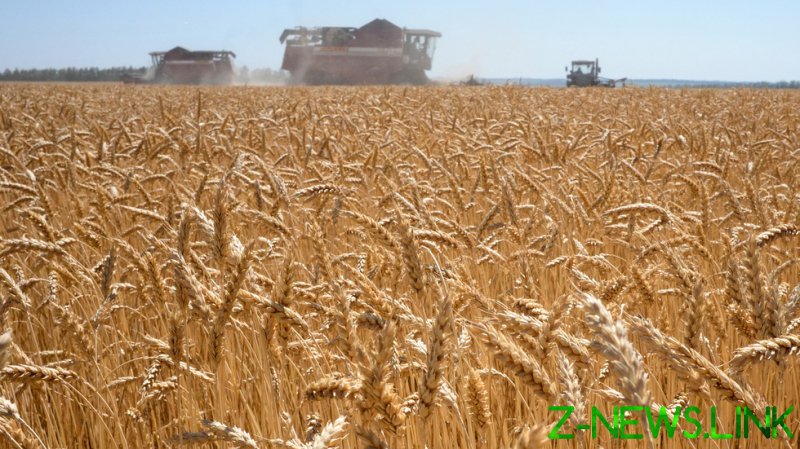 Medvedev, who is currently the deputy chair of the country’s Security Council, published a list of suggestions related to Russia’s food security and exports on Telegram on Friday. The post notes that Russia is a “major grain producer, on a par with India and China,” and when it comes to wheat, the country has been the “largest exporter in recent years.”

He also pointed out that agro-industrial exports reached over $37 billion last year.

Medvedev unveiled plans to sell “food and crops only to our friends” in rubles and their respective national currencies. According to him, Russia has “a lot of friends” outside of Europe and North America.

The former president suggested that Russia should not “ship [its] food and crops to unfriendly parties.” According to his plan, the government will prioritize the internal food market, with particular focus on price control. Medvedev added that Russian farmers could expect “massive and systemic” support.

Following the reunification of Crimea with Russia in 2014, the US and EU slapped Moscow with economic sanctions. Russia responded with counter-measures, including a ban on certain food imports. The West has imposed more sanctions since February 24, 2022, when Russia launched its military offensive against Ukraine. The Kremlin has vowed that no hostile step will remain unanswered.

On Thursday, Russian President Vladimir Putin signed a decree, according to which gas exports to “unfriendly countries” (those that have imposed economic sanctions on Russia) will have to be paid for in rubles starting from April 1. Among these countries are the US, UK, Canada, Australia, Japan, Taiwan, South Korea, Switzerland, all 27 nations of the EU, and several others.

Kremlin spokesman Dmitry Peskov said on Wednesday that Russia could start selling other hydrocarbons and commodities for rubles as well, noting that it’s an “idea that should definitely be worked on.”