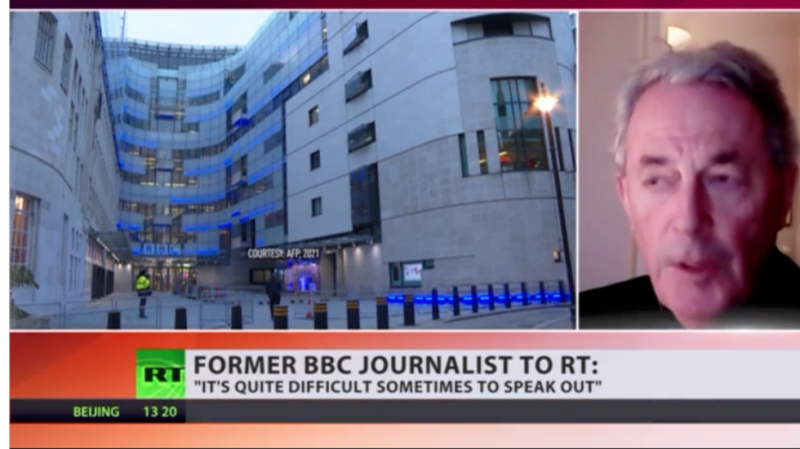 Speaking to RT, former BBC journalist Robin Aitken said that media consumers in the West don’t always get a fair picture of what is happening around the world due to the presence of the liberal agenda behind much Western reporting.

“You’ve got a media culture in Britain, but this extends into other Western countries as well, where there is an acceptable and polite view of world events which is dominated by media liberals,” Aikten stated.

The journalist-turned-author contended that this was very clear when it came to former US President Donald Trump, noting that there was “unanimity” in Britain’s mainstream media that Trump was a “bad thing and a bad man.”

In a similar vein, Aikten suggested that there is a general anti-Russian atmosphere in the British media. As a result, he argued, people in the UK are exposed to a very one-sided view of events in and about Russia.

Aikten, who left the British public broadcaster in 2007, warned that we should all be “sceptical of the hidden persuaders” that operate in the media. He noted that the uninitiated, or those unfamiliar with the way media works, should be aware that news bias is about the “selection of stories which you carry” rather than their content specifically.

Expanding his point, he said that there are thousands of newsworthy events happening around the world every day and urged people to question why some stories are reported, and why others are not. “It’s because journalists have made a selection of stories for presentation to their audience,” he contended.

Speaking more specifically about the BBC, Aikten contended that it was probably difficult to speak out on some issues due to a cohesive and occasionally coercive internal culture, particularly on issues relating to LGBTQ policy. He noted that a member of staff would be well advised to keep their issues to themselves on the matter.

He said it was particularly concerning that an organization such as the Stonewall lobby group, which he argued takes a very different view on transgender rights to the rest of the population, should not be embedded within the public broadcaster. Aikten suggested it was even “dangerous” for internal staff organisations or mechanisms, such as those brought in by Stonewall, to be used to impact the BBC’s output, adding that such a situation jeopardizes its credo of impartiality.

The Stonewall group plays an important role in the corporate culture of the BBC as well as other public and state institutions through its diversity schemes, which other organisations adopt.

A recent investigation highlighting the extent of Stonewall’s influence on the broadcaster prompted employees within the organisation to speak out and express their concerns.