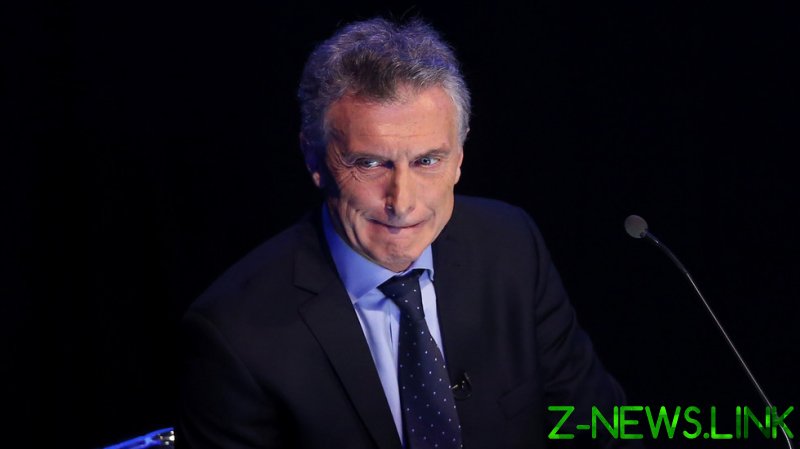 Federal Judge Martíni Bava supported the indictment on Wednesday, saying that Macri was responsible for an online surveillance campaign on the relatives of the San Juan submarine sailors, who asked the government to continue searching for the submarine that went missing in November 2017.

The judge sequestered 100 million pesos (around $1 million) from Macri and banned him from leaving Argentina, local media reported, citing judicial sources. The defendant “led an unlawful spying” campaign targeting people affected by “one of the greatest tragedies” that occurred during his time in office, seeking to be in the loop of “movements” and “claims” they made, a 171-page court ruling seen by Infobae said.

Surveillance was allegedly conducted between December 2017 and the end of 2018. The former president supposedly initiated it because he was concerned about how the whole San Juan case could “affect the image of government.”

Macri’s lawyers said they would appeal this decision. The former president has repeatedly called the process political and said that his prosecution was linked to the legislative elections that were held in mid-November.

Earlier, an Argentinian court also charged two former top officials of Argentina’s Federal Intelligence Agency, arguing that they could not have been unaware of the spying campaign and most likely had a hand in it.

The ARA San Juan (S-42) vanished in November 2017. The search for the diesel-electric submarine started immediately, involving ships and aircraft manned by personnel from 13 countries. After 15 days of the operation, the navy decided to end it. In late 2018, it was discovered “imploded” and lying at the bottom of the sea at a depth of 800 meters. The tragedy took the lives of all 44 sailors on board.

Macri could face a potential prison sentence of up to ten years if found guilty.