Evidence of Ukrainian shelling of Zaporozhye provided to UN 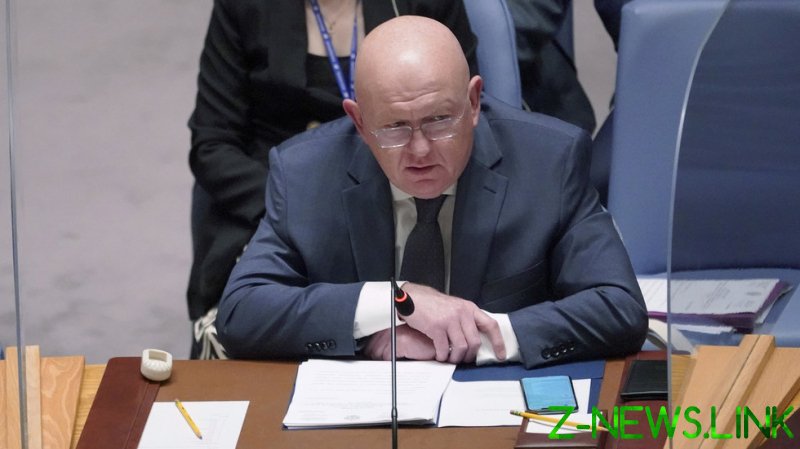 Russia has submitted photographic evidence of Ukrainian attacks on the Zaporozhye nuclear power plant to the UN Security Council and the General Assembly, ambassador Vassily Nebenzia said on Tuesday. He also briefed the Security Council on the most recent attacks, some of which involved NATO-supplied weapons, and insisted that Russia does not use the site as a military base.

“Despite the false statements of the Kiev regime and its backers, Russia has not placed heavy weapons on the territory of the ZNPP and does not use the station for military purposes,” Nebenzia said during the council’s emergency session on Tuesday afternoon.

“The Russian Ministry of Defense is ready to provide the IAEA with high-resolution images, which show that weapons, especially heavy ones, are not placed on the territory of the station,” he added.

In addition to the photographic evidence of Ukrainian shelling of the plant, Nebenzia entered into the record a timeline of strikes, named the Ukrainian artillery unit involved, and specified which strikes featured M777 howitzers given to Ukraine by the Pentagon.

“It seems that our colleagues exist in some kind of their own parallel reality, in which the Russian military shells the NPP it is protecting, using American systems at that,” Nebenzia said. 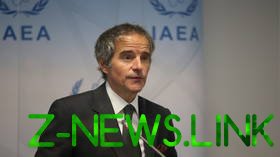 Contrary to insinuations by Kiev and its Western backers, Nebenzia noted, Moscow had given assent to the International Atomic Energy Agency to visit the Zaporozhye NPP back in June, before the Ukrainian drone, artillery and rocket attacks began.

Nebenzia blamed the US and its allies for tolerating “criminal” behavior by Ukraine – from the shelling of the Zaporozhye NPP to the car bomb that killed Russian journalist Darya Dugina in Moscow over the weekend, and was cheered by some NATO officials he mentioned by name.

The Zaporozhye plant is located in Energodar, a city in southern Ukraine under the control of Russian troops since March. The plant’s civilian staff continued operations unhindered until the artillery attacks began in July. Kiev has denied responsibility for the attacks and accused Russia of shelling the nuclear site to discredit Ukraine, but also of placing troops and heavy weapons inside the NPP’s perimeter and thus making it a legitimate target.

The US and its allies used the meeting to demand Russia withdraw from the plant, accuse Moscow of a plot to “steal Ukrainian electricity,” and demand the immediate end of all military operations in ukraine.

IAEA Director General Rafael Grossi said on Tuesday he will personally head the mission to the ZNPP in the coming days, and that the UN nuclear watchdog intends to establish a permanent presence on site.