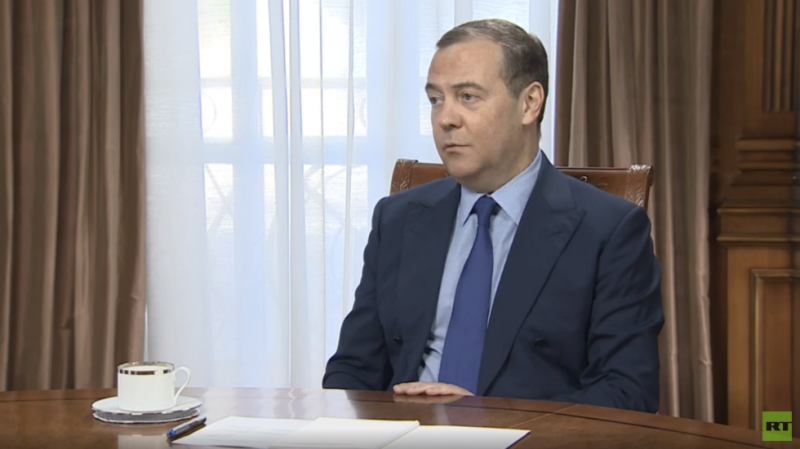 Russia’s military campaign against Ukraine has seen a dramatic rise in Russophobia all across Europe and in the US, with some leaders using rather undiplomatic language, Russia’s former president told RT and Ria Novosti on Thursday.

Dmitry Medvedev, Russia’s leader from 2008-2012 and currently the deputy chairman of the Security Council of Russia, claimed that various political forces and nations in Europe were trying to ride the current wave of Russophobia to pursue their own interests. The official also said that although “from time to time, we hear absolutely astonishing remarks,” Russia’s leadership was polite and never got personal. According to Medvedev, “ethics and good manners” are what stops Moscow from taking cheap shots at other countries’ leaders, despite their harsh remarks directed at Russia’s top officials.

Medvedev also argued that Russophobia dated back several centuries, manifesting itself at certain points in history particularly clearly. The official cited the Russian 19th century poet Fyodor Tyutchev, “who talked about how the West ganged up on Russia 150 years ago and did everything in their power to turn us into outcasts and pariahs.”

The politician went on to call out the West’s double standards and America’s feeling that it is an “ultimate decision-maker,” despite the fact that its military activities overseas have oftentimes resulted in a massive loss of life.

The former president pointed out that the European countries criticizing Moscow now “don’t have a monopoly on Europeanness,” as Russia’s “history is just as European as theirs.” So, any attempts to represent Russia as no longer European sound “ridiculous,” Medvedev claimed.