Europe ‘not at war with Russia’ – EU diplomacy chief 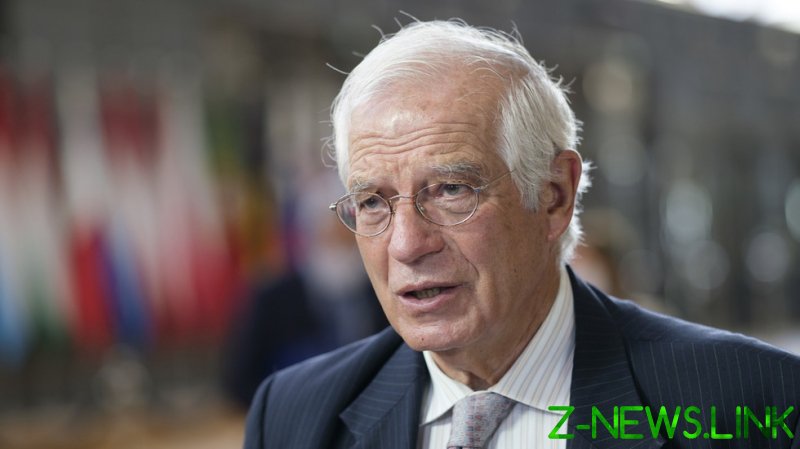 The European Union is not at war with Russia but supported Ukraine, Josep Borell, EU High Representative for Foreign Affairs, said on Tuesday night, while speaking to Spanish radio station Cadena SER.

“We are not at war with Russia, but we are on the side of the attacked. Between the attacked and the aggressor there cannot be a middle point of view, you have to take sides.” He added that the progressive thing was “to condemn, repudiate and do everything possible to stop an armed aggression against a neighboring country.”

According to Borell, Europe had to send aid collectively, responding to the needs and demands of the Ukrainian people, and that all the countries have already “approved financing and [contributions],” adding that the shipments risk being attacked by Russian forces “in the logic of war.”

Regarding the risks of possible escalation to a nuclear war, he claimed it was “enormously irresponsible to talk” about this topic.

The chief of European diplomacy also assured his audience that creating a European army was not on the immediate agenda, but that he’d asked national armies to coordinate better and has called for increased defense spending in the EU countries.

About sanctions imposed by the US, European countries, Canada and allies, Borell supported their necessity but warned of their possible consequences.

“Sanctions are made to damage the economy of the sanctioned country, but they also hurt you in return and we have to be willing to pay a price,” he claimed.

Russian troops were sent into Ukraine last week as part of a special operation to demilitarize and “denazify” the country and in order to protect Donetsk and Lugansk breakaway regions, as well as Russia’s national-security interests. Kiev has accused Moscow of an unprovoked offensive, and Europe, the US and other countries have responded with unprecedented sanctions, targeting Russia’s economy and a select list of high-ranking officials.