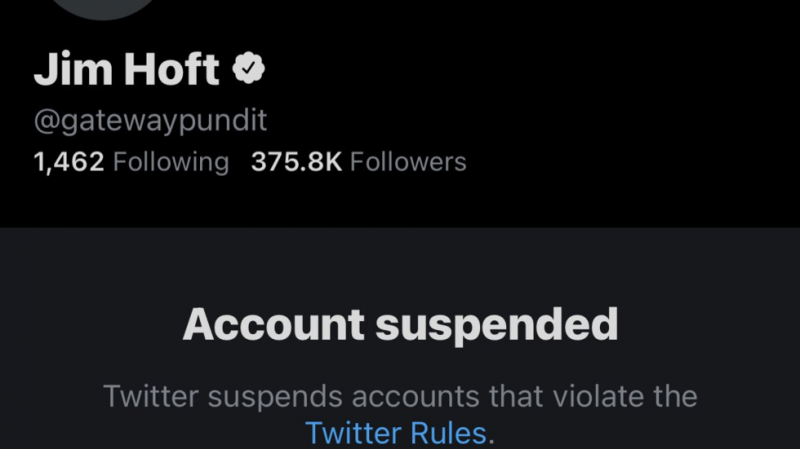 The @gatewaypundit Twitter handle belonging to Jim Hoft with more than 375,000 followers was abruptly banned on Saturday night. “The account was permanently suspended for repeated violations of our civic integrity policy,” a Twitter spokesperson confirmed in a brief statement.

Twitter did not clarify what kind of violation has become the last straw, as the account seemed not very active recently, while the conservative publication itself has long faced criticism from the left for pushing “lies” and “conspiracies.”

Twitter’s recently updated civic integrity policy introduces a system of strikes and increasingly severe punishments, among other things, for pushing “disputed claims that could undermine faith in the process itself, such as unverified information about election rigging, ballot tampering, vote tallying, or certification of election results.”

“Oh shit they got my boss,” tweeted journalist and the Pundit contributor Cassandra Fairbanks. In response to ‘You’re next!’ threats she quipped that from now on she will be careful not to wrongthing and will only tweet the opposite of what she means.

Liberals have celebrated the ban, many openly delighted while others wondered what took Twitter so long.

Some sought to justify the move, not as the latest act of “censorship” of conservative voices, but rather a sincere desire by a private corporation to “limit the spread of dangerous disinformation”.