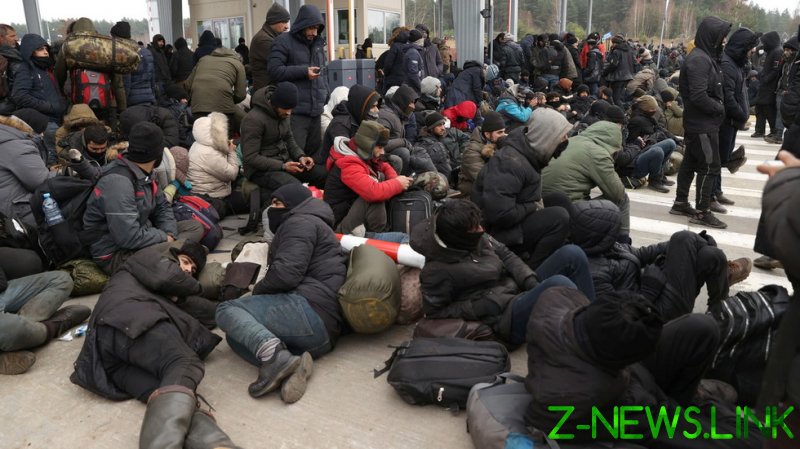 Speaking to French news channel La Chaine Info, Filippo Grandi condemned what he called a “manipulation” orchestrated by the authorities in Belarus, while also blaming the EU and its treatment of migrants in recent times.

“Any manipulation of people in distress, even by exploiting their wishes, their desires for a better life, cannot be accepted,” Grandi said.

“If Europe wasn’t panicking, if Europe hadn’t been demonizing, stigmatizing any migration movement for years, it would be less vulnerable to this kind of pressure,” he continued.

According to Grandi, the crisis has also been exacerbated by the rise of nationalist movements in Western Europe, and he called on Russian President Vladimir Putin to help fix the problem.

“The appeal I make to President Putin, and all leaders is: help us, at least for the moment, to find a solution for these 2,000 people. And then let us try to return to normal life and manage migration movements in the correct way,” Grandi concluded.

The migrant crisis on the frontier between Belarus and Poland, which has unfolded over the summer and autumn, has escalated in the last two weeks, as thousands of would-be asylum-seekers attempted to enter the EU through Belarusian territory.

The crisis began in June, when Belarusian President Alexander Lukashenko said his government would no longer help the EU stop illegal immigration. He stands accused by Brussels of “weaponizing” migrants by flying them into his country and transporting them to the border, allegedly as part of a “hybrid war” against the West.