Home / economy / Estimated savings of Russians from isolation during coronavirus 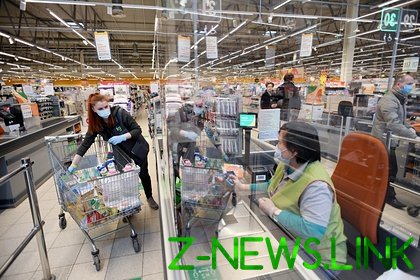 Experts have calculated how much the Russians are saving because of the isolation during the epidemic of the coronavirus. Data led the research holding “ROMIR”.

According to him, during the week 30 March-5 April, residents spending countries fell by 45.6 per cent compared with the previous week and 21.1 per cent year-on-year. According to experts, the Russians began a third (34.8 per cent) less likely to go to the grocery store compared to the period from 23 to 29 March.

In “Romira” I believe that the decline in demand may be associated not only with the regime of self-isolation, but also to the fact that the Russians have bought the products in advance. As a result of lower demand in the beginning of April, sales of retailers fall. Experts believe that the negative trend may persist.

A similar study conducted the largest banks of Russia. They found that the expenses of Russians on the cards for the week decreased by 30 percent, writes owned by Grigory Berezkin the RBC. Costs are decreasing in such product categories as entertainment, cafes and restaurants, public transport, car hire, gas stations.