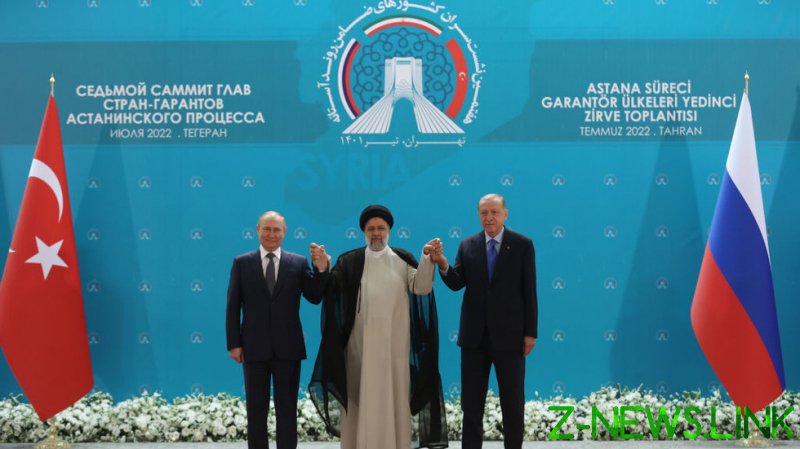 German Foreign Minister Annalena Baerbock has branded a recent joint photo of Vladimir Putin with Recep Tayyip Erdogan a challenge to NATO. The image was shot during a meeting between the Russian and Turkish leaders in Iran.

The photo features the three presidents, with host Ebrahim Raisi in the middle, holding hands and smiling. In an interview with Bild published on Saturday, Baerbock noted that this picture is “more than incomprehensible” for her, “especially from the point of view of a NATO member.”

While being part of the alliance, Turkey has deviated from other member states in choosing a neutral stance in the Ukraine conflict. NATO as a whole officially considers Russia a threat.

“The fact that the Turkish president is in this photo is a challenge, to put it mildly,” she said. 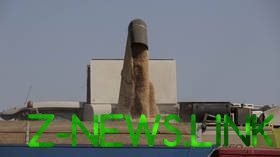 In her opinion, the photo proves the importance of standing together “with value partners” who “not only believe in the international rules, but stand up for them.”

“Because there are other actors who do not stand up for our values, and when in doubt they also join forces,” she explained.

The trilateral negotiations in the Iranian capital were held earlier this week as part of the so-called Astana Peace Process, which was launched by Moscow, Tehran and Ankara in 2017 with the aim of achieving a peaceful settlement to the conflict in Syria. Putin also held bilateral talks with each of his counterparts. The situation in Ukraine was on the agenda of both meetings.

Meanwhile, Turkey, along with the UN, played the role of mediator in brokering the deal between Russia and Ukraine to unblock grain exports from Ukrainian Black Sea ports. The agreement, dubbed by UN Secretary General Antonio Guterres as “a beacon of hope, possibility & relief,” was signed on Friday in Istanbul, in the presence of Erdogan.