End of an era: LiveLeak self-destructs after 15 years of providing unmitigated gore & all things NSFW 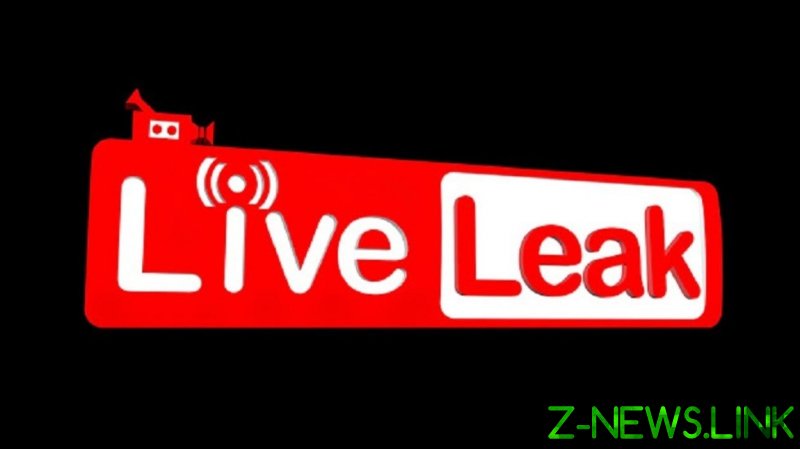 Hayden Hewitt, co-founder of LiveLeak and now ItemFix, did not directly confirm in any of his statements that the site was being dropped because of censorship, or that it was bowing and scraping before the deadly monolith of deplatforming, or any of the other grim fates that befall sites like it. Such bullying has plagued most alternative media outlets in the past several years.

However, in one response on Twitter Hewitt mentioned that “the very pressures of doing what were a large part of the reason for moving on. It wasn’t exactly a WordPress blog on $2.99 hosting.”

In a video posted on YouTube channel Trigger Warning, he also described the new normal in no uncertain terms: “I don’t f**king like it. I liked it much better when it was the Wild West.”

Given the site’s boilerplate insistence that their new outlet would be named ItemFix and would be about “something completely different, completely fresh, and something we feel energized about tackling,” users may have a reason to feel threatened. Then again, they have just as many reasons not to.

LiveLeak was always the site one could turn to if one was desperately searching for footage of a car crash, forklift fails, and ill-advised street-fights. ItemFix seems to follow in largely the same vein, except with a clearer delineation of “good guys” and “bad guys.” Hewitt declared LiveLeak had “achieved all that it could and it was time for us to try something new and exciting.”

There has been a long internet tradition of handing over the baton to a younger, fresher site once one’s own platform reaches meme-saturation. The co-founders of LiveLeak predecessor Ogrish recognized that, moving on to create the new site after Ogrish committed the internet equivalent of seppuku.

Responding to a suggestion the people would be leaving LiveLeak’s new incarnation, Hewitt wrote: “Of course they will. As they should if that’s what they’re after. ItemFix isn’t a replacement.”

LiveLeak is far from being the only internet resource that has been publishing gore. A BBC article dated back to June 2007 bemoans the state of Britain where children can fight in the streets, savagely having at each other with fists, legs, and whatever sharp and heavy objects the kids might have at hand. But trying to quell internet violence by cutting off one of the heads of the many-heard hydra has never worked yet, and given the problems continuing to plague small-scale social networks like Parler and Gab, it’s not likely to end anytime soon.

Even 4chan, the once-beloved crew of meme sculptors blamed for swaying political outcomes and a even winning political election result, will not last forever. When parts of its political arm /pol/ was forced out into 8chan and then 8kun, it became clear that 4chan was not about free speech anymore – at least, not if that speech has anything to do with politics.

As with everything in the world, if you want something right, you’d best learn to do it yourself. But with 15 years of driving censors mad, today’s social media platforms might be able to learn something from LiveLeak.