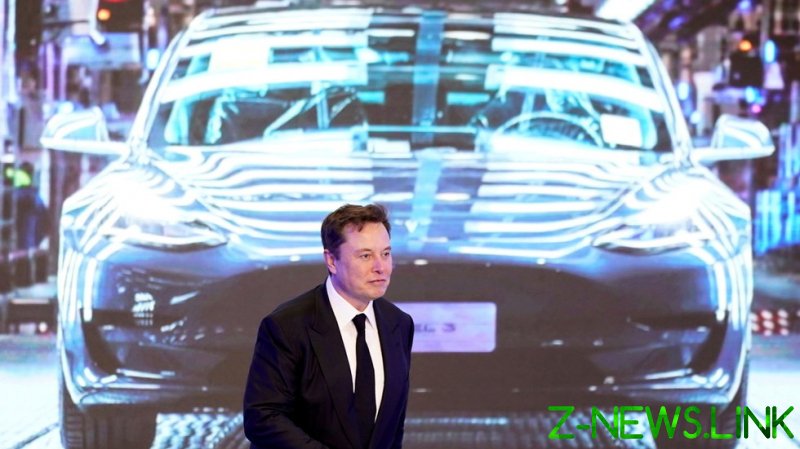 In a tweet on Saturday, Musk asked his followers to vote either yes or no to the sale of the stocks, which are valued at around $21 billion.

“Much is made lately of unrealized gains being a means of tax avoidance, so I propose selling 10% of my Tesla stock. Do you support this?” he questioned, promising to “abide by the results of this poll, whichever way it goes.”

Musk – who is the world’s richest man with a net worth of over $318 billion – also claimed to “not take a cash salary or bonus from anywhere,” and explained, “thus the only way for me to pay taxes personally is to sell stock.”

Within just a few hours, over 1.3 million people voted in the poll, with the ‘yes’ faction holding a slight majority.

“We are witnessing the Twitter masses deciding the outcome of a $25B coin flip,” reacted venture capital investor and billionaire Chamath Palihapitiya.

Detractors have accused Musk of attempting to tank Tesla’s stock. “This would dilute the public float considerably, hurting your shareholders who love & support you,” film director, screenwriter and entrepreneur Jonathan Stokes tweeted.

Oregon’s senior Democratic Senator, Ron Wyden seized the opportunity to call for the introduction of the “Billionaires Income Tax.”

“Whether or not the world’s wealthiest man pays any taxes at all shouldn’t depend on the results of a Twitter poll,” he protested.

Others, however, supported the move.

“Makes sense. If your unrealized gains are going to be taxed, you need to make sure to have the realized gains to cover the payment,” weighed in investor Scott Melker. “Mess with billionaires, you might get a market crash. Point made.”

It’s not the first time that Tesla’s stock has been subject to one of Musk’s Twitter posts.

In May 2020, Musk famously tweeted that Tesla’s stock prices were “too high” – a post which caused Tesla stocks to fall by more than 11 percent.

Musk has also previously been faulted for tanking the cost of Bitcoin with these social media posts.