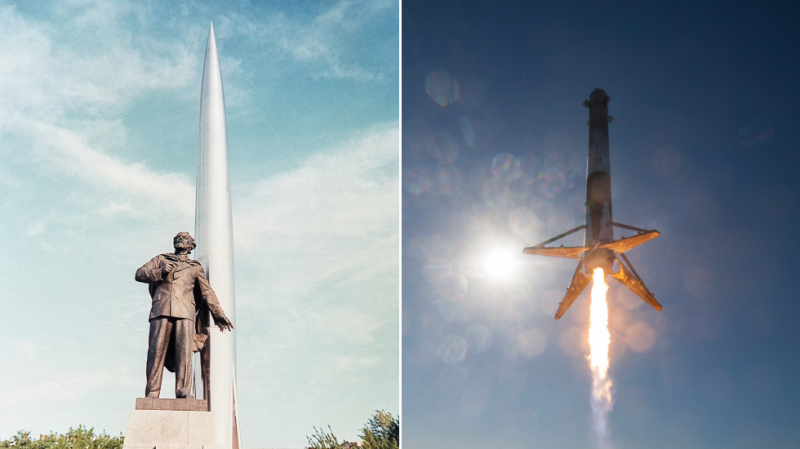 Speaking to the New Knowledge event via video link on Friday, the creator of SpaceX noted his reverence for Sergey Korolev and Konstantin Tsiolkovsky, two influential 20th-century pioneers.

“[Tsiolkovsky] was amazing. He was truly one of the greatest,” the entrepreneur said. “At SpaceX, we name our conference rooms after the great engineers and scientists of space, and one of our biggest conference rooms is named after Tsiolkovsky. And [another after] Korolev.”

Musk also had kind words to say about the Soviet space program as a whole, noting that he admired the achievements of the USSR in the field of rocket science.

The SpaceX creator has long had an interest in Russia, and has previously shown reverence for its accomplishments in the cosmos. Last year, a tweet to the head of Moscow’s space agency, Dmitry Rogozin, went viral after Musk replied in Russian. “We hope for mutually beneficial and prosperous long-term cooperation,” the tech billionaire wrote.

The Twitter post came after Musk’s successful SpaceX launch, when his company sent the Crew Dragon capsule on its maiden voyage to the International Space Station (ISS). It marked the first time since 2011 that NASA had sent its astronauts into space on a US-made spacecraft.

Earlier this year, it was revealed that cosmonaut Sergey Korsakov would become the first Russian to fly to the ISS in a SpaceX craft.