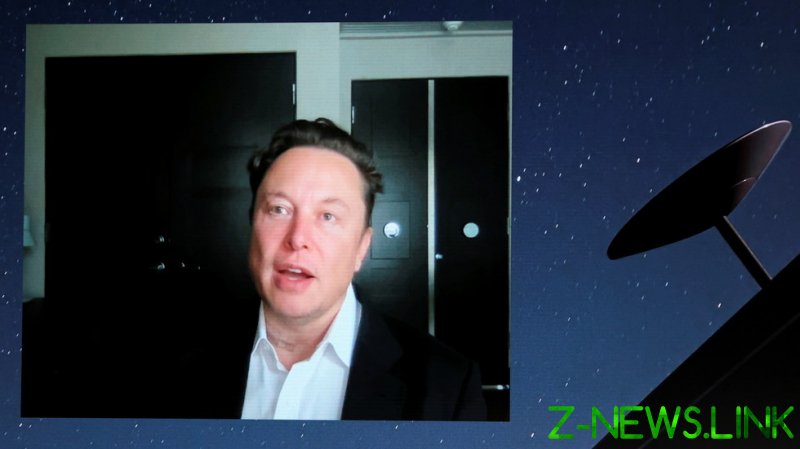 Elon Musk has rejected complaints that SpaceX Starlink satellites are taking up too much room in Earth’s orbit. Separately, Musk is under fire from Beijing for two near-misses between these satellites and China’s space station.

“Space is just extremely enormous, and satellites are very tiny,” Musk told the Financial Times in an interview published on Wednesday. “This is not some situation where we’re effectively blocking others in any way. We’ve not blocked anyone from doing anything, nor do we expect to.”

SpaceX has thus far sent more than 1,700 Starlink satellites into orbit, and the company plans on launching more than 40,000 in total, in a bid to provide satellite internet access to the entire world.

Musk was responding to comments by European Space Agency Director General Josef Aschbacher, who earlier this month accused the tycoon of “making the rules” when it comes to orbital space. Aschbacher, who also spoke to the Financial Times, argued that Musk’s Starlink project would fill up slots in Earth’s orbit and hog the limited number of wireless transmission frequencies available to satellites.

While Aschbacher accused Musk of “squeezing out” potential competitors, the SpaceX CEO argued that each vast orbital “shell” around earth is larger than the planet’s surface, and with a new shell beginning every 10 meters out into space, there is “room for tens of billions of satellites.”

Musk has also come under fire recently from China, with Beijing lodging a complaint about SpaceX to the United Nations Office for Outer Space Affairs earlier this month. China claimed that on two separate occasions this year, astronauts on board the China Space Station had to “conduct an evasive manoeuvre” to avoid Starlink satellites.

SpaceX, however, claims that its satellites are equipped with autonomous collision avoidance technology, and insists that other spacecraft don’t need to take evasive maneuvers to dodge them.

China followed up this complaint by addressing the US directly. Speaking at a press conference on Tuesday, Foreign Ministry spokesman Zhao Lijian insisted that Washington was responsible for SpaceX’s behavior, pointing out that state actors “bear international responsibility for national activities in outer space conducted by their private companies.”