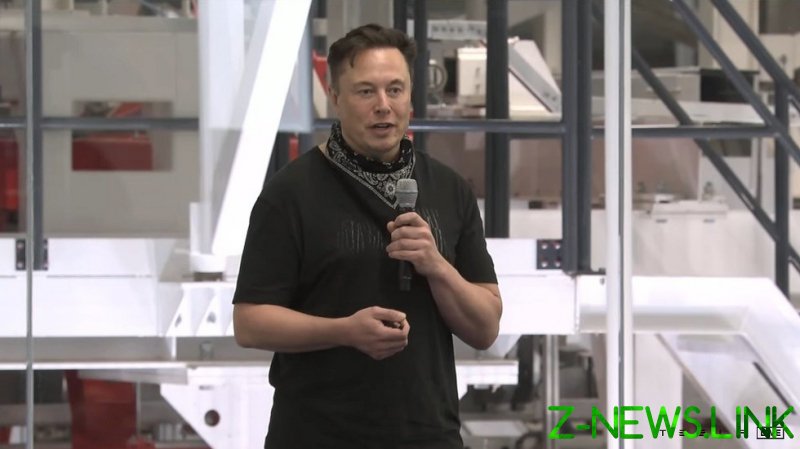 “I’m excited to announce that we’re moving our headquarters to Austin, Texas,” Musk announced to enthusiastic applause on Thursday, at the annual shareholder meeting. It was streamed live online from the assembly plant currently under construction outside Austin.

“It’s tough for people to afford houses, and people have to come in from far away,” he said of the current headquarters in California. “There’s a limit to how big you can scale in the Bay Area.”

Tesla was founded in Silicon Valley in 2003, and moved its home office from San Carlos to nearby Palo Alto in 2010. The company’s major factory is in Fremont, on the opposite side of the bay.

“Just to be clear, we will be continuing to expand our activities in California,” Musk added. “As I said, our intention is to increase output from Fremont and Giga Nevada by 50%… If you go to our Fremont factory, it’s jammed.”

Musk himself has already relocated to Texas, blasting California’s policies and Covid-19 mandates in a December 2020 speech while noting that Tesla and SpaceX – both of which he runs – were among the last manufacturers left in the state.

“There used to be over a dozen car plants in California, and California used to be the center of aerospace manufacturing,” he said at the time. “My companies are the last two left. I want to emphasize, so, that’s a very important point to make.”

The ‘Giga Texas’ factory outside Austin is expected to produce its first vehicles by the end of 2021, with volume production starting next year.

Musk said that it takes longer to build the factory than to ramp up production once it’s operational. It is supposed to make Model 3 and Model Y cars, as well as “definitely” the Cybertruck and the upcoming all-terrain-vehicle (ATV), which is still on the drawing board.