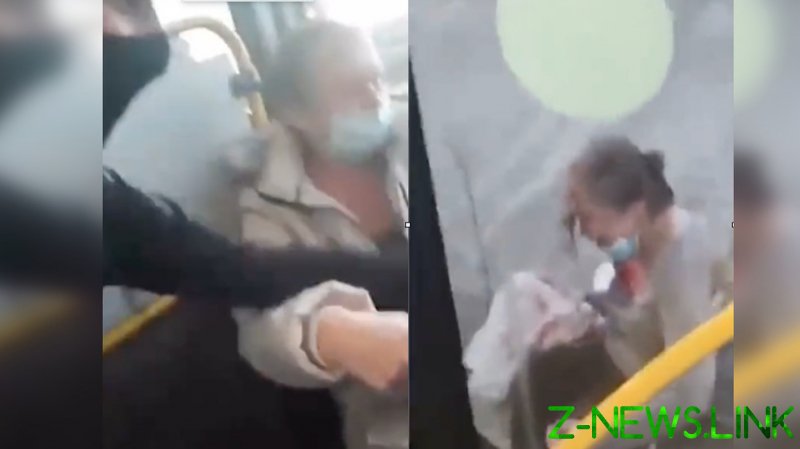 In the minute-long clip, a woman with a shopping trolley is seen on a bus, involved in an apparent heated argument with a group of people. Laughter and the crying of a child is heard in the background while someone calls the woman a racist. The video then cuts off, and continues with the woman screaming on the ground outside the bus, her head covered in blood. She holds on to her overcoat and trolley, her clothes soaked in blood.

A person still inside the vehicle is apparently lecturing the victim. The voice behind the camera says, “She was sent away from the bus… She offended a Moroccan and look what happens to her,” according to local media.

The video emerged on social media and was shared on Twitter by, among others, Belgian MP Tom Van Grieken, the leader of the regional right-wing Vlaams Belang party. In his post, he called the suspected offenders “beasts,” warning, “I never put disclaimers, but these images are really not for sensitive viewers.”

The incident happened on Wednesday evening, when the 57-year-old woman was traveling on a bus full of passengers from Antwerp to a village near the city. The actual fight is not seen in the video, but the result appears to be a gaping wound on the woman’s head. She was hospitalized with a serious injury and her condition is still “worrying,” local media reports, adding that the bus driver was so shocked by the incident, he required counseling.

An investigation has been launched, with Antwerp police studying the video and also looking for a fuller picture. “It’s a cut version of what has happened. In such incidents it is not immediately clear who did what,” a police spokesperson told the media. At least one suspect has been identified and questioned, but no arrests have been made so far.