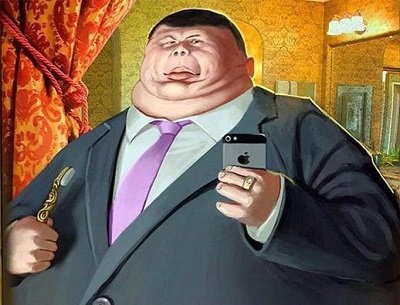 For anybody not a secret that “military secret” that the missile of sea basing “Bulava” do and can not do for 20 years. And then, 20 years ago, employees of the military-industrial complex and in a nightmare could not have dreamed that the military industrial complex from 2011 to 2018 will be headed comes from the Committee of youth organizations of the USSR and Director of the space scientific production center Khrunichev appoint a person, defended his doctoral thesis on the mortgage issues.

The Soviet Union was led by not very competent people. However, they understood and firmly held the line of development of education and science. As a consequence, the Soviet Union practiced a special relationship to the professionals. Yes, to the top got the party characters, which were composed jokes. And at the same time in the branch offices of the Central Committee took the people who passed all manufacturing steps. Foreman, foreman, foreman, production Manager, chief engineer, factory Director. Almost all levels were competent, competent people. Most importantly, outside of the party nomenklatura were engineers and technicians, research assistants, mid-level professionals who know the business thoroughly. Moreover, it is the of them eventually reaching a critical mass of independently thinking people who are not exposed to the Communist ideology.

It is important to note that it was not the Communists began the modernization of the Soviet Union – it began in the Russian Empire the tsarist regime. The industrial revolution in the Empire was provided by bankers and Industrialists. Remember the advent of electricity, telephone, Telegraph, tram, mines and metallurgical plants. Railways, including the ambitious TRANS-Siberian railway. Now on the modernization of the question. This word only once, at the time of his fictitious presidency, said Putin’s minion Medvedev. No cases this was not followed.

To upgrade the necessary professionals. But they are inconvenient. Broadcast on the “spiritual scrapie” and make a career out of it can any Trinity security officer. By the way, the word itself speaks about the professional level of the authors of the new ideologies on their complex relations with the Russian language. In all the dictionaries “brace” is “the device”.

Once all of the cities in the country worked the factories, scientific research institutes and KB for engineers and research assistants were respected, wanted to be like them – smart and well-read. Now, this layer no. One is already gone from science, others have moved on a residence abroad – brain drain from Russia is not terminated, but enhanced. Professionals have replaced many citizens bought “diplomas” so that no longer find official without “a degree” or “scabs” on completion of the course at the Academy of the FSB. Students now check for the “protest potential” and “extremism” – instead of evaluating the level of knowledge.

It is obvious that the authors of the checks of students on the loyalty of their own student youth was neither bright nor beautiful. And now, having received the power and expanse, they seemed to compete among themselves: who will offer the most idiotic law. Because mrakobesie your activities – the more successful career. Chekist-bureaucratic revolt against the complexity of the world and the carriers of this complexity very accurately describes Russian proverb “simplicity is worse than larceny”. Which has had, and today has a very different meaning than is commonly believed. In those days, when it occurs, the word “stealing” did not present “theft”. Then the “theft” called murder.