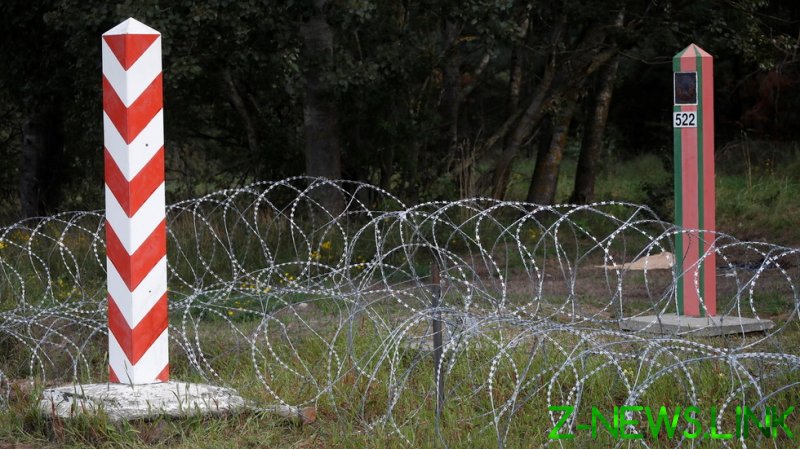 Speaking at a briefing, Mariusz Błaszczak revealed that the country’s frontier would be reinforced with a solid fence “two and a half meters high,” and that work on installing it would begin this week.

He also noted that more soldiers would be moved to the area to assist border guards. About 1,000 soldiers are now involved, and this number is planned to be doubled.

The total length of the Polish-Belarusian border is 418 kilometers.  According to the Ministry of Internal Affairs in Warsaw, around 2,100 attempts to cross it illegally were made since the start of the year. In the whole of 2020, there were just 120.

The migrant crisis comes off the back of Belarusian President Alexander Lukashenko saying his country would no longer make any effort to stop illegal immigration. Lithuania, which also shares a border with Belarus, claims that the government in Minsk has flown in migrants from the likes of Syria and Iraq, and is shuttling them to the frontier as a form of warfare.

Like Poland, Lithuania has also opted to reinforce its border and has declared a state of emergency.

“We will begin building an additional physical barrier, which divides Lithuania and Belarus, which would be a certain sign and a certain deterrent to organizers of the illegal migration flows,” Prime Minister Ingrida Simonyte told a news conference in July.

Another Baltic country, Latvia, has also noted a mass increase in attempts to cross its frontier from Belarus illegally. Earlier his month, Riga also declared a state of emergency.

The EU, of which Poland, Latvia and Lithuania are members, has backed all three governments in the beefing up of their borders. This is a huge u-turn from the European bloc, which had blasted member state Hungary for doing the exact same thing in 2015, during the refugee crisis, when Budapest was branded as inhumane and immoral.