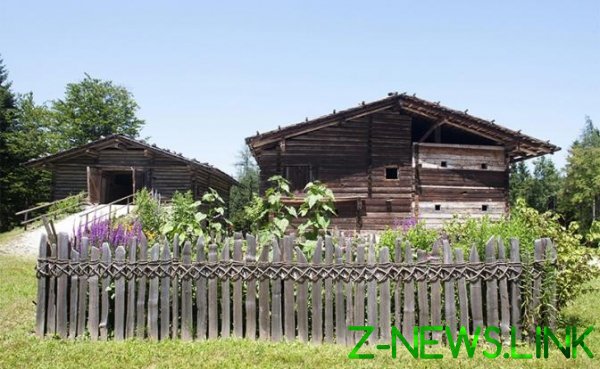 To go in may in the Crimea for a week? No way! Better to protest! Or in the wilderness, in the village, to dig a kitchen garden… these Are, in short, the results of the latest reader survey conducted by “SP” on the eve of the upcoming “long” spring holidays.

The question was: “How will you spend the upcoming “may holidays”? We proceeded from the fact that the majority of Russians ahead of time decided on their plans. Moreover, the choice today is great. What is important — on any budget. So, at least, it seems at first glance. But studying the results of the survey, appeared in many respects unexpected, and understand that the purse of our citizens just not all right.

So, on a week-long trip willing to spend less than 10% of our respondents. And it’s not only about Europe, “ruble contingent”, of course, in principle, not cheap. But even to relatives living in another Russian region. The preference of the overwhelming majority gives the trip to the country.

Yes, but what about the Crimea, about which so much is said in the last five years? Our Russian Crimea, the revival of resort attractiveness which already invested, says the Kremlin billions. Where in may is usually already warm enough. Where the sun, sea, fresh fruits and berries, fine museums and attractions. What we need, it would seem, for a family holiday. And for young travelers with their craving for modern entertainment (surfing, diving, etc.) even more so.

However, in the Crimea, as it turns out, ready to go in less than 2% of the readers of “SP”. In an expensive EU country and something more, if only slightly. So much for “clogged to the eyeballs” hotels and motels Tauris! And “almost European” service. And the bridge across the Kerch Strait “gently rolling” to the modern highway, which is “a matter of time will get you to your desired on the Peninsula a destination”.

In quotes — a quote from handout a year ago. He wore the Tauris stand during the St. Petersburg international economic forum in 2018. Knowing from their Crimean friends about the real situation out there with the roads and the service, I remember, asked the representative of the administration of the Peninsula ladies of about forty, with a radiant smile: why all the bullshit on the poster? She did not hesitate, explaining that we are talking about the short term, they say, people should “send a signal”, while some comprehend it, yet “ripe”…

— Listen to these bureaucrats! Paradise the Crimea they haven’t called? Strangely — ironically a buddy of mine from the village of Zaozernoe, near Yalta. For a bridge across the Strait we are of course very grateful. But with the advent of the traffic situation has not improved significantly. Before long traffic jams were harvested ferry. Now exit from the Kerch bridge. There did not finish the construction of an interchange. Yes continue on the road to Simferopol, Sevastopol — problem problem. Well, if in two or three “razvojem” with congestion.

“SP”: — But with the service you put things in order?

— Looking to keep in mind. Hotels, large and small became more. The prices for living in them do not fall, as it should be in the market, but rather grow with the beginning of the holiday season. “Fleece” visitors and hosts “cage homes” in the private sector.

In the small hotels of Yalta, where from may to September the prices “from 3 thousand rubles” for one-double rooms, services are limited to bed and bathroom, toilet combined with shower. These are unpretentious havens at least 30-40 minutes drive from the city limits — if you go by taxi.

Same thing in the “uncrowned” capital of the Crimean Yalta. The only difference is that the prices for accommodation is much higher there. It is not surprising that, contrary to the assurances of local authorities, the flow of visitors there is reduced. A year ago, Yalta (like Sochi) became the most popular among Russians on may holidays, leaving behind the traditional leader of the rating of Petersburg, but this year she’s among the young, only 5 (8% of Russians under 30 years of driving there), and the traditional, say, the tourist was not included in the top ten.

Which places the priority now “may vacationers”? Judging by the booking services of the accommodation, St.-Petersburg (42%), Sochi (17%) and Moscow (10%). Travel to these cities from all over Russia. And the drive there/back and stay in them a priori is not cheap. Therefore, it is not only the financial opportunities of our citizens?

And the potential, alas, is still modest. Rising prices for tickets, food, utilities, medical care, medications when stable, ie, have not increase the vast majority of the salaries, negates the possibility of accumulation “on vacation”. So I choose the country.

Or is it habit, call it the current 30-year-old “stereotype from the past” when the word “my country” was associated with the viability of its owner, summoned to his respect (“wow, your country house with a plot!”), and a little jealous? In the Soviet past with its “iron curtain” it has often been the ultimate dream of the people. Where else could they go to rest without a preliminary interview with the “authorities”, without the “battle” for the prestigious ticket to Bulgaria?..

— Yes, all this nonsense, and then the “iron curtain”? — Categorical Valentine Sirotenko, thirty years spent Director of the school, one of the best in St. Petersburg. — Who would, he went further and Bulgaria, although, of course, it wasn’t available EN masse, as it is now. For me and my children, grandchildren, house is the opportunity to get away from the bustle of the city, to be in a narrow circle of friends. Want, lying all day in bed, I want to — go into the woods or dig in the garden. Personally, I would not trade a day there for a week, for example, in Europe. Where particularly do not want, as remember its current questionable values, and, most importantly, the droves of migrants.

“SP”: — not Cheap in fact contain a country station, Valentina!

— Much cheaper than driving to the South. Our neighbors on gardening at the beginning of this APR went on his car to Kerch. After 10 days returned indignant: the high cost of scary. In grocery stores, in the market. The market is generally better not to go: getting fleeced. Problems with drinking water, and it had to spend money. And that’s even before the start of the holiday season! I am in the greenhouse near St. Petersburg, and grow tomatoes, and sweet pepper to taste no worse than Crimean or Krasnodar. And with apples, berries. And spending is minuscule compared to any long drive.

Someone will say: this was given to you Crimea! A lot of other areas in his native country, where you can perfectly relax during vacation days. Called Kavkazskie mineral’nye Vody, Kaliningrad, Teriberka (Murmansk region); lake Baikal… lake Baikal and Teriberka obviously rushed, not the season to go there. It is necessary to wait at least until mid-June. Mineralnye Vody?

— If no complaints on the amenities and quality service, to go, of course, possible, — says Colonel Yuri klenovets ‘ (name changed), like all military men, the demands are rather modest. I was last autumn, package tour in Kislovodsk. Somehow it all seemed primitive. Even a third of the cost of the trip, which had to pay, wasn’t worth it.

— In a nutshell: not Europe. And not even Turkey, where an expensive (in all senses) guest, all the best. Best food. Beaches. Tours and services with their unlimited diversity. And from the point of view of flights, prices, the Turkish coast is much cheaper.

Even the opinion of the representative of one of the famous St. Petersburg firms. Specializiruetsya it at the reception of foreign tourists and sending to different parts of the country and the world domestic. Called my companion Julia.

— We regularly conduct the monitoring of tourist preferences, she says. — According to a recent study, 40% of Russians chose for the approaching may holidays overseas routes. Among them were the Berlin, Georgia, Italy and Montenegro.

“SP”: — Berlin? He seems to be ever the leaders have not been listed.

— It’s simple: today you can buy tickets at a price of 10 thousand rubles. For the price don’t buy it. Except that in our Kazan (from 6.8 thousand rubles — if you’re lucky). Another 20% will to travel to Russia. Popular Krasnodar, Rostov-on-don and Kaliningrad. But this is the direction for the people “in the money”.

“SP”: — what are the Russian regions most tourists in St. Petersburg?

— From Central Russia. And, for example, Siberians are very few. It is cheaper and easier to fly to China or Thailand, they have direct flights there.