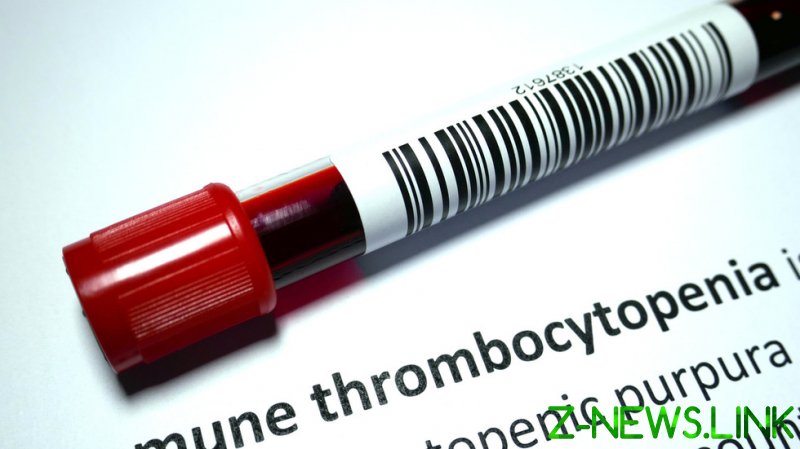 Dr. Gregory Michael – a 56-year-old obstetrician-gynecologist who ran his own practice at Miami Beach’s Mount Sinai Medical Center for more than a decade – died in January of a brain hemorrhage. He had received a dose of the Pfizer-BioNTech coronavirus vaccine two weeks earlier, and immediately developed immune thrombocytopenia, a rare and sometimes fatal blood disorder.

Michael is one of at least 36 people to have developed the condition after receiving either Pfizer’s or Moderna’s coronavirus vaccines, according to a New York Times report published on Monday. The cases were self-reported to the government’s Vaccine Adverse Event Reporting System (VAERS) before the end of January, meaning more people could have developed the condition since then.

Immune thrombocytopenia is a rare condition affecting an estimated 50,000 people in the US. The condition is caused by the body’s own immune system attacking the platelets that are the component of the blood responsible for clotting. With their blood unable to clot, patients often develop internal or external bruising, which may look like a rash. In several cases like Michael’s, the condition has caused massive hemorrhages or strokes.

One patient contacted by the Times suffered heavy vaginal bleeding two weeks after receiving Moderna’s vaccine and required platelet transfusions and steroid treatment to survive. Another woman was hospitalized with bruising and bleeding blisters in her mouth just a day after receiving the same shot. Her condition deteriorated to the point where doctors concerned that a slight knock would trigger fatal bleeding were afraid to move her from the hospital bed.

The cases can’t all conclusively be linked with the vaccines, but Dr. James Bussel, a hematologist and expert on the condition, told the Times that an association “is possible.”

“Having it happen after a vaccine is well-known and has been seen with many other vaccines,” he said. “Why it happens, we don’t know.”

Unlike traditional vaccines, which use an inactive form of the pathogen they protect against, both Pfizer’s and Moderna’s offerings are mRNA vaccines. Technologically new and therefore untested on a mass basis, these vaccines work by introducing into the body’s cells a strand of RNA with instructions that tell the person’s DNA how to begin making antibodies.

Researchers at Cambridge University state that side effects could include “autoimmune reactions,” but Harvard scientists say that mRNA vaccines produce “a stronger type of immunity” than their traditional counterparts.

Immune thrombocytopenia can also develop as a result of certain medications and cancers, from influenza, and seemingly from Covid-19 itself. As early as last spring, long before any vaccines were near completion, doctors in the US, Europe, India and China noticed the condition in Covid patients and suspected a link.

Officials with the Food and Drug Administration (FDA) and the Centers for Disease Control and Prevention (CDC) said that they are investigating the VAERS reports, while both Pfizer and Moderna told the Times that they are monitoring the safety of their vaccines.

Doctors contacted by the Times still insist that vaccination is safe, and that the risk of developing serious illness from the coronavirus is still higher than the risk of side effects from the vaccine.