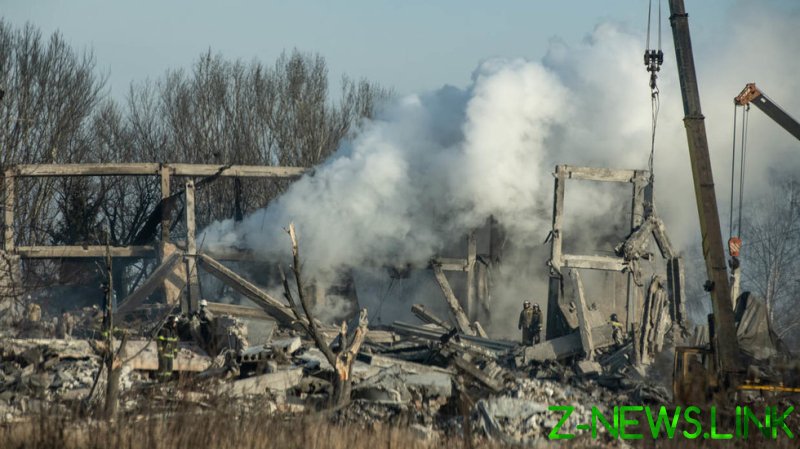 More than 60 Russian troops have been killed by a Ukrainian missile strike, Moscow confirmed on Monday. The bombardment hit a temporary housing area used by the Russian forces in Donbass.

The facility in the city of Makeyevka in Russia’s Donetsk People’s Republic was targeted by six missiles from US-supplied HIMARS multiple rocket launchers, the Defense ministry said. Two projectiles were intercepted by air defenses, but four made it through, the statement added.

“As a result of a strike by four missiles with high-explosive warheads on a temporary deployment point, 63 Russian servicemen were killed,” Defense Ministry spokesman Lieutenant General Igor Konashenkov said during a briefing.

All necessary assistance and support will be provided to the families of the fallen troops, the ministry assured.

The strike was earlier reported by the Donetsk People’s Republic’s Information Minister Daniil Bezsonov, who said the missiles targeted the building of a vocational school where the troops were stationed. It happened precisely at 0:01 am on New Year’s night, while the serviceman were celebrating, he added.

Russia’s Foreign Ministry earlier condemned Washington for not only supplying sophisticated weapons to Kiev, but also providing the Ukrainian military with intelligence about the location of the Russian forces.