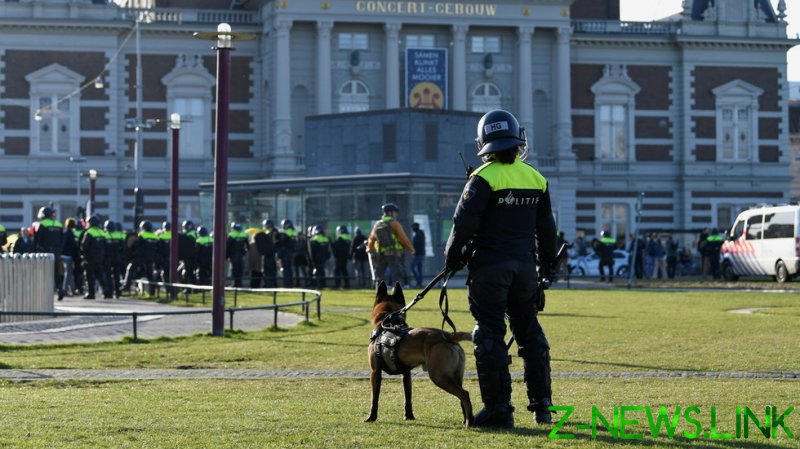 Amsterdam Mayor Femke Halsema reportedly helped officers break up the protests in the central Museum Square, before riot police were called in to disperse the remaining demonstrators.

In footage posted on social media, dozens of law enforcement agents could be seen marching in front of riot vehicles to clear the area, with some appearing to hit demonstrators with batons.

A group of protesters carried a coffin with the word “democracy” written on it, before laying it down and adorning it with flowers.

The mostly peaceful demonstrations were part of a weekly ‘coffee drinking’ event in the square, where DJs were reported to have set up and people could be seen dancing without observing social distancing measures.

One video appeared to show police wearing helmets and carrying riot shields entering a coffee shop that had allegedly broken Covid restrictions by encouraging people to gather and serving them drinks.

The Netherlands, which is in lockdown until March 15, has been hit by multiple protests this year against the government’s anti-coronavirus measures, including its nighttime curfews.

Almost 16,000 people have died from Covid-19 in the Netherlands, and more than 93,000 cases have been registered there to date.