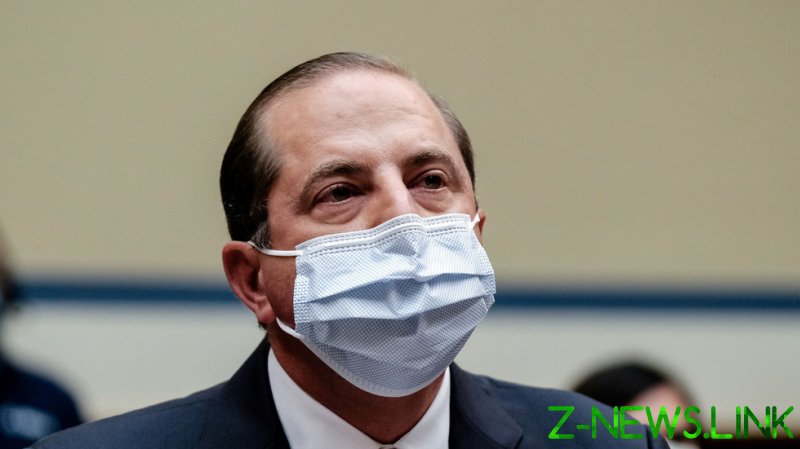 For the first time since 2014, the US Department of Health and Human Services (HHS) has issued a rare special fraud alert highlighting allegations that major pharmaceutical companies have been throwing billions at doctors as part of questionable ‘speaker programs’.

These programs have been accused of offering thin cover for bribes to favored doctors in return for promoting and prescribing the companies’ drugs and devices. In return, medical professionals were given lucrative speaking fees and expensive trips and dinners for themselves and their partners. The alert states that some high prescribing healthcare professionals were paid over $100,000 in speaking fees. These honoraria were sometimes attached to agreements that the speaker would write a minimum number of prescriptions per year for the companies’ drugs.

In the last three years, Big Pharma has shelled out nearly $2 billion to medics for these ‘speaker-related services’. While pharmaceutical companies claim that these company-sponsored speaker programs merely educate other healthcare providers about the benefits, risks and proper usage of medicines, the US regulators are skeptical. Already, numerous companies including Novartis and Salix Pharmaceuticals have been investigated and forced to pay out multi-million dollar settlements. This is after their speaker programs were found to be in violation of the anti-kickback statute, designed to prevent pharmaceutical companies offering remuneration in return for doctors drumming up business.

In issuing the alert, the US Department of Health hoped that the suspension of in-person speaker programs due to Covid-19 might be an opportunity for companies to halt the delivery of such programs. However, the US authorities are likely to be disappointed. Such a lucrative practice is unlikely to end after Covid restrictions are lifted. The sheer enormity of the pay-outs pharmaceutical companies have been forced to pay has apparently not halted the practice. Novartis settled with the federal government for using speaker programs as a cover for bribes from 2002 in 2011 and was forced to pay $600 million. Amazingly, they only agreed to look into cutting back on these practices in the future. Clearly, the benefits outweigh the costs.

However, the social costs of this latest episode in medicine as big business are enormous. Part of the authority of doctors rests on their supposed altruism. People trust doctors and follow their advice because they are supposed to be driven by the interests of the patient, rather than those of their pocketbooks. If patients are unable to trust their doctors’ prescriptions, the authority of the medical profession as a whole, including the important role it plays in society, comes into question. Is it any wonder that so many people have begun to turn away from proven healthcare interventions like vaccines if pharmaceutical companies are so ethically blasé?

Yet this is precisely the drama that ensues when citizens are unable to trust a healthcare system whose main motive is profit rather than health. Others are more chilling. The world is likely headed for a crisis as our antibiotics come up against antibiotic resistant infections. While we are increasingly encouraged to think of this issue as one of silly patients requesting antibiotics for any and all ailments, the fact that the development of antibiotics is simply unprofitable has been curiously left off the public agenda. But new antibiotics cost an enormous amount to produce in terms of research and development. Yet they are only used for a short period of time before the patient returns to health. While antibiotics are and have been enormously beneficial to human beings, their ongoing development is simply not profitable to companies. The result is that humanity may soon find itself once again at dire risk from afflictions we thought we’d left in the past.

Yet while drug resistant infections continue to rage, pharmaceutical companies turn their attention to the much more profitable area of prescribing for – and often discovering new – chronic illnesses. A pill that must be taken everyday, sometimes for a lifetime, is much more lucrative than a course of antibiotics that lasts a week.

The warning that Big Pharma should stop offering thinly veiled bribes to doctors in exchange for increasing the number of prescriptions, often for chronic health conditions, is likely to go unheeded. It is a simple cost-benefit analysis for big business: the profits far exceed the costs in terms of settlements, speaking fees, and trips for health professionals willing to take on the deal. But the costs in terms of public trust and public health are enormous. For-profit medicine poisons everything it touches.