Home / WORLD / Dmitry Trenin: A confession from Putin suggests that the Ukraine conflict could last for years 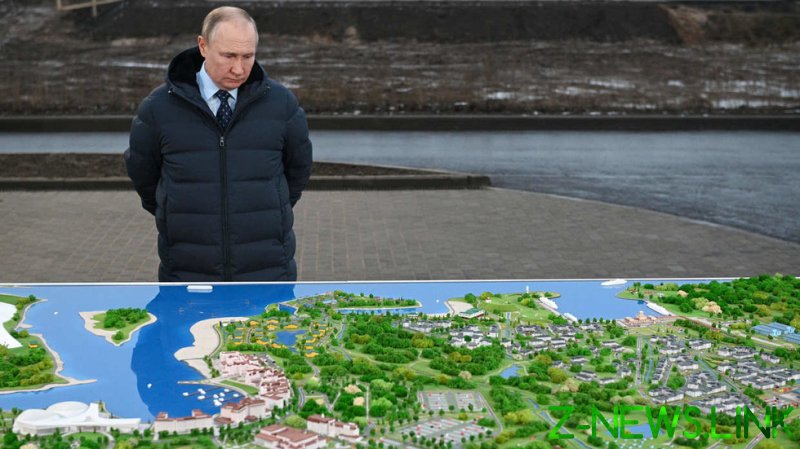 Last week, Russian President Vladimir Putin commented, during a meeting with soldiers’ mothers, that he now regards the Minsk agreements of 2014 and 2015 as a mistake. This concession makes a powerful contribution to the possibilities of peace negotiations to end the fighting in Ukraine.

It is worth remembering that in 2014, Putin acted on a mandate from the Russian parliament to use military force “in Ukraine,” not just in Crimea. In fact, Moscow did save the cities of Donetsk and Lugansk from being overrun by Kiev’s army, and defeated Ukraine’s forces, but rather than clearing the whole region of Donbass, Russia stopped, and agreed to a cease-fire brokered in Minsk by Germany and France.

Putin explained to the mothers that at the time, Moscow did not know for sure the sentiments of the Donbass population affected by the conflict, and hoped that Donetsk and Lugansk could somehow be reunited with Ukraine on the conditions laid down in Minsk. Putin might have added – and his own actions, as well as conversations with then-Ukrainian President Pyotr Poroshenko, confirm it – that he was prepared to give the new Kiev authorities a chance to settle the issue and rebuild a relationship with Moscow. Until rather late in the game, Putin also hoped that he could still work things out with the Germans and the French, and the US leadership.

Admissions of mistakes are rare among incumbent leaders, but they are important as indicators of lessons they have learned. This experience has apparently made Putin decide not that the decision to launch the special military operation last February was wrong, but that eight years before, Moscow should not have put any faith in Kiev, Berlin, and Paris, and instead should have relied on its own military might to liberate the Russian-speaking regions of Ukraine.

In other words, agreeing to a Minsk-style ceasefire now would be another mistake which would allow Kiev and its backers to better prepare to resume fighting at the time of their choosing.

The Russian leader realizes, of course, that many nations in the non-West, those who refused to join the anti-Russian sanctions coalition and profess neutrality on Ukraine, have called for an end to hostilities. From China and India to Indonesia and Mexico, these countries, while generally friendly toward Russia, see their economic prospects being impaired by a conflict that pits Russia against the united West. The Western media also promote the message that global energy and food security is suffering because of Moscow’s actions. Russia’s arguments and protestations to the contrary have only limited impact, since Russian voices are rarely heard on Middle Eastern, Asian, African, or Latin American airwaves.

Be that as it may, Moscow cannot ignore the sentiments of the larger part of humanity, which is now increasingly referred to in Russian expert circles as the Global Majority. Hence, official Russian statements that Moscow is open for dialogue without preconditions. However, any Russian delegation to talks would have to take into account the recent amendments to the country’s Constitution, which name the four former Ukrainian regions of Donetsk, Lugansk, Kherson, and Zaporozhye as part of the Russian Federation. As Foreign Minister Sergey Lavrov has put it, Russia will only negotiate on the basis of existing geopolitical realities. It should be noted that the Kremlin has not retracted the objectives of the military operation, which include the demilitarization and denazification of Ukraine, which means ridding the state and society of ultra-nationalist, anti-Russian elements.

As for Kiev, it has gone back and forth on the issue. Having nearly reached a peace agreement with Moscow in late March, it later reversed course to continue fighting (the Russians believe this was done on Western advice). Having achieved operational successes on the battlefield this past fall, Ukrainian President Vladimir Zelensky had all contacts with the Kremlin formally banned and formulated extreme demands which he addressed to Putin’s successors, whenever they may emerge. For the West, this was bad from the perspective of public relations, and Zelensky was asked to make it appear as if he was open for talks, but in reality, nothing changed.

The reality is that the principal parties involved in the conflict in Ukraine, namely Washington and Moscow, do not consider the present, or the near future, as a good time for negotiations. From the US perspective, despite the unprecedented sanctions imposed on Russia by the West and the recent setbacks that the Russian Army has experienced in Kharkov and Kherson, Moscow is far from being defeated on the battlefield or destabilized domestically. From the Kremlin’s perspective, any truce or peace that leaves Ukraine as an ‘anti-Russia’, hostile state, is tantamount to a defeat with highly negative consequences.

Instead, both sides believe they can win. The West, of course, has vastly superior resources in virtually every field that it can use in Ukraine. But Russia is working to mobilize its own substantial reserves in both manpower and the economy.

Where Moscow has an advantage is in escalatory dominance. For the US, Ukraine is a matter of principle; for the Kremlin, the matter is simply existential – the conflict with the West is not about Ukraine, but about the fate of Russia itself.

It looks as if the war will continue into 2023, and possibly beyond that. Talks will probably not start before either side is prepared to concede due to exhaustion, or because both parties have reached an impasse. In the meantime, the death toll will continue to mount, pointing to the essential tragedy of major power politics. In the fall of 1962, then-US President John F. Kennedy was ready to walk to the edge of the nuclear precipice in order to prevent the Soviet Union from turning Cuba into its missile base. Sixty years later, Russian President Vladimir Putin ordered a military action to make sure that Ukraine does not become an unsinkable aircraft carrier for America.

There is a lesson to be learned from this. Whatever Soviet leader Nikita Khrushchev thought about his right to counter US missiles pointed at Moscow from Turkey with weapons of his own targeting Washington and New York from Cuba (with Havana’s consent), and whatever successive US presidents thought about their right to expand the NATO military bloc to include Ukraine (at Kiev’s wish), there is always a horrendous price to pay for the failure to take into account the rival power’s security interests. Cuba went down in history as a narrow success for common sense. Ukraine is an ongoing story, with its outcome still hanging in the balance.