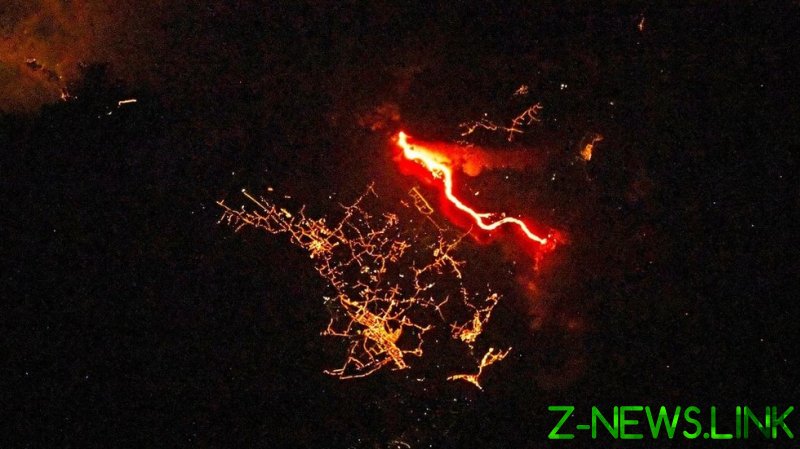 The image posted by cosmonaut Oleg Novitskiy on Twitter captured the volcanic ejection cutting the most north-westerly island of the Canary Islands in half and shining brighter than the illumination of the nearby settlement.

The eruption of Cumbre Vieja started on September 19, prompting a massive evacuation on the island populated by over 85,000 people.

More than 800 buildings, banana plantations and other infrastructure have been destroyed as lava continues to flow downhill towards the Atlantic Ocean.

It reached the coastline on Tuesday, near the town of Tazacorte, and has been pouring into the water for two days. The cooling lava has already created a 500-meter-wide rocky outcrop in the ocean, extending the island’s territory further to the west.

Experts earlier sounded the alarm that the ejection’s contact with saltwater could lead to the release of toxic gases into the atmosphere. But local authorities have said the air quality on the island remains fine.

The Cumbre Vieja eruption appeared to have calmed down at around 10:00 GMT on Thursday, according to Reuters correspondents at La Palma, but smoke continued to billow out of the crater.