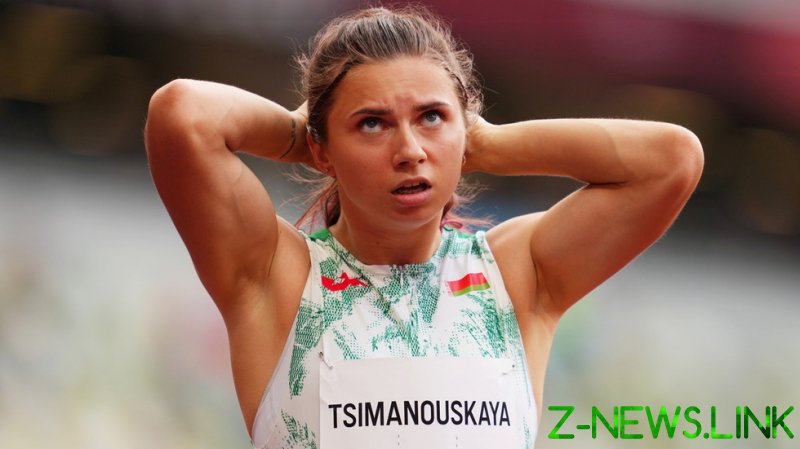 The confirmation that she was given a visa was published on Twitter by Polish Deputy Minister of Foreign Affairs Marcin Przydacz.

On Sunday, the coaching staff of the Belarusian Olympic team allegedly took Timanovskaya to Haneda airport in Tokyo, with the intent of placing her on a flight home. At the airport, the athlete turned to the Japanese police for help and recorded a message to the International Olympic Committee pleading for assistance, saying that she was being removed “without [her] permission.”

Timanovskaya revealed that she is scared to go home because she fears prosecution and possible jail time after publicly criticizing the Belarusian team’s leadership. She was due to take part in the 200m event on Monday but was withdrawn after posting the criticism on social media.

According to Alexander Opeikin, the executive director of the Belarusian Sport Solidarity Foundation (BSSF), Timanovskaya is now under the protection of the Japanese authorities. The BSSF was founded in August 2020 by exiled Belarusian sportspeople to support athletes who were “detained and faced repressions for taking part in peaceful manifestations.”

The athlete chose to apply to Poland after Pawel Jablonski, an undersecretary at the country’s Foreign Ministry, revealed that Warsaw was ready to grant asylum to Timanovskaya and help her continue her sporting career. Politicians from other nations, such as the Czech Republic, also offered to help. Poland, along with its neighbour Lithuania, has been supporting the Belarusian opposition in its attempts to achieve “regime change” in Minsk.

Timanovskaya is not the first Belarusian Olympian to get in trouble with the country’s authorities. Earlier this year, silver medalist Andrey Kravchenko announced that he would be staging a hunger strike in support of jailed compatriots.