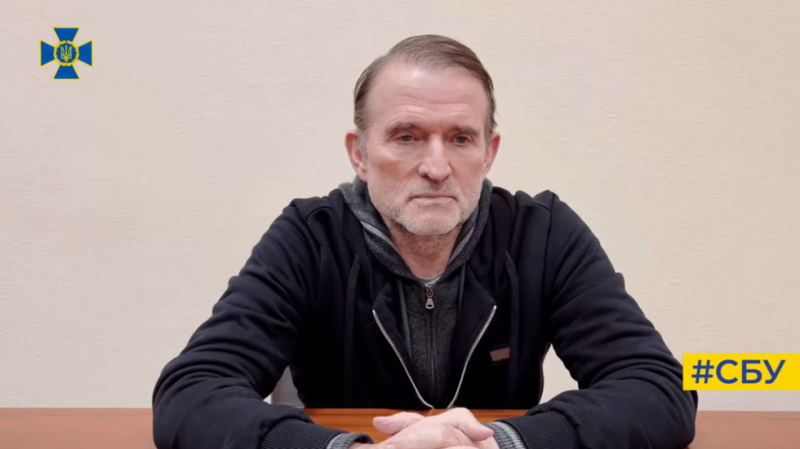 The Ukrainian Security Service (SBU) has published a video in which captured Ukrainian opposition leader Viktor Medvedchuk testifies against former president Petro Poroshenko, accusing him of privatizing a fuel pipeline and conducting business with the breakaway regions of Donetsk and Lugansk during his time in office.

Medvedchuk, a lawmaker and leader of Ukraine’s second-largest party, ‘Opposition Platform – For Life’, was detained by the SBU on April 12 after being charged with treason, as his party, along with all opposition parties in Ukraine, have been banned by Ukrainian President Volodymyr Zelensky for “collaborating with Russia” and engaging in “anti-Ukrainian” activities, such as opposing Kiev’s policies on Western integration.

In the video, published by the SBU on Monday, Medvedchuk states that he was personally asked by Poroshenko to establish a backchannel to the Russian leadership, which was required to push decisions through various institutions and agencies in order to privatize the Ukrainian section of the Samara-Western Direction fuel pipeline, which stretches from Russia and Belarus to Ukraine and westward to the EU. It was at one point dubbed the ‘Medvedchuk pipeline’.

“I started to work on the pipeline at the request of Poroshenko. If someone had said this was ‘Poroshenko’s pipeline’, that would have been more suitable. And it’s not because I now want to justify myself. In 2016, then-president Poroshenko turned to me with a request, taking into account my contacts and relationship with the leadership of the Russian Federation, asking to assist in the purchase of the pipeline or its owner PrykarpatZapadTrans,” Medvedchuk said.

He explained that, in order to privatize the pipeline and essentially make it Poroshenko’s property, a number of steps had to be taken.

“Courts, prosecutors, the Antitrust Committee, State property Funds – all these ruled in favor of president Poroshenko’s private interests,” stated the opposition leader, adding that the deal allegedly cost the former president $23 million, which he paid through fictitious contracts, but earned its owners twice that amount in one year, as much as $42 million.

As one piece of evidence that the pipeline actually belonged to Poroshenko, Medvedchuk points to the fact that all diesel transfers through the pipeline ceased in May 2019, right after Poroshenko’s term ended.

Medvedchuk also told the SBU that, in the period between 2014 and 2015, essentially all of Ukraine’s top leadership was involved in a scheme to supply Ukraine with coal purchased from the breakaway Donetsk and Lugansk People’s Republics (DNR and LNR), which authorities in Kiev now consider to have been state treason, the defrauding of the state and financing of terrorism.

“The entire senior leadership of the state was involved in this (scheme): from the president and cabinet ministers, to law enforcement and the people, who were directly involved in making it all work,” the arrested MP said.

According to the SBU, Medvedchuk provided all the names of senior officials who were involved in the scheme and the list reportedly includes former bureaucrats, central bankers, MPs, and law enforcement officials.

Poroshenko’s lawyers have responded to these accusations by stating that the testimony of Medvedchuk has nothing in common with reality and accused the SBU of engaging in PR.

“In our opinion, in general, what the SBU does is exclusively PR. Firstly, this is not their business, this should be done by the SBI (State Bureau of Investigations). And the fact that this is being reported by the SBU confirms that there is nothing here to do with truth or law,” Poroshenko’s attorney stressed. 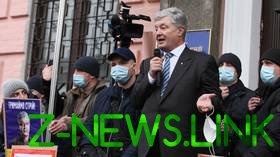 Authorities in Kiev charged Poroshenko with treason back in December 2021 for allegedly illegally buying coal from the Donbass and thus funding terrorism. After having previously left the country, the former president returned to Ukraine in January to face the treason charges, which he claimed were politically motivated, and accused Zelensky of using them to distract the country from his administration’s failing policies.