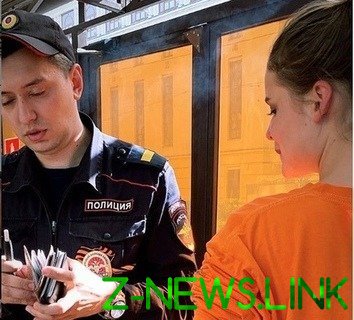 A member of the group Pussy Riot Nikulshina Veronica and her four friends who were detained in the afternoon of 8 may, left the Metropolitan branch OVD “Tver” until morning without explanation, says “the Media”.

“All the guys, including Nikulshina, left overnight in the office, despite the fact that none of the documents they filed. Law enforcement officers said they would work with them tomorrow,” said the publisher and team member Peter Verzilov, “Interfax”.

Yesterday it was reported that a dozen police officers came to the home of friends of activists a few hours after its occurrence. Your visit, the staff explained the need to conduct a survey as “a group of youths damaged some public property.” Then Nikulshina, Renata Dianova, Stas Marchenko, Roman Ilyushin and Oleg Vorobyov was arrested and brought to the police station.

As clarified by “the Media”, lawyer to the detainees were not allowed, and when he called in management of own safety of the Moscow police to drop the complaint, he asked whether we are talking about the participant of Pussy Riot. For an affirmative answer followed by another question: “aren’t you ashamed of such people to protect?”

See also:  Poroshenko expressed hope for a speedy return of the Crimea

Last year it was the third detention of Nikulinoj. On 15 July last year, she ran in police uniforms on the field of Luzhniki stadium during the final match of the world Cup, after which he was arrested for 15 days. Then the girl was detained September 9 and 16 April during the ceremony of awarding the prize “Golden mask” at the Bolshoi theatre.