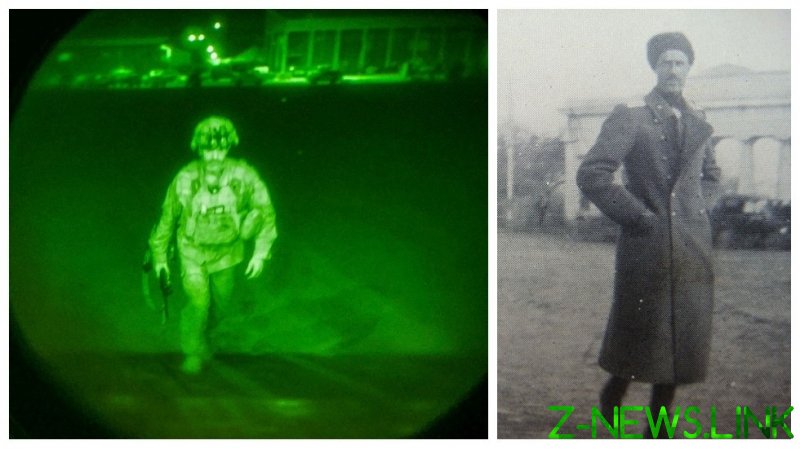 The Kabul airlift began on August 14 and concluded on August 30, leaving a number of Americans – and many more Afghans who had helped them during the 20-year occupation – behind in Taliban-controlled Afghanistan. President Joe Biden still praised it as an “extraordinary success” and claimed no nation has ever done anything like it.

Peter Basilevsky, grandson of the fabled ‘Black Baron’ of the Russian Civil War, begged to disagree, in a letter published Thursday by the Wall Street Journal.

“My grandfather, Lt. Gen. [Pyotr] N. Wrangel, with infinitely fewer resources in Russia’s anti-Bolshevik White Army, evacuated 150,000 civilians and soldiers, including 7,000 children, by sea from Crimea in November 1920 in the face of the advancing Red Army. He was the very last person to leave, two hours before the Red Army entered [Sevastopol],” wrote Basilevsky, who lives in Pennsylvania.

After the Obama administration made withdrawal from Afghanistan policy, the US had 12 years to plan an exit. It “seems obvious” that troop deployments needed and methods to track down US citizens and Afghans who needed refugee visas, should have been addressed in advance, wrote Basilevsky.

Biden has defended his administration’s handling of the pell-mell withdrawal by alternately saying he had no choice because his predecessor Donald Trump made a deal with the Taliban, and arguing he deserved credit for ending the longest US war.

A cavalry officer who rose from the rank of captain to general during the First World War, Wrangel joined the ‘Whites’ – a faction that sought to stop the Communist ‘Reds’ from taking over Russia – in 1917, and commanded successful campaigns in the Caucasus and along the Volga, as well as the doomed offensive on Moscow in 1919. He was dubbed the ‘Black Baron’ by the Bolsheviks, and immortalized in a marching song ‘The Red Army is stronger than all.’

After leading the evacuation of almost 150,000 soldiers and civilians from Crimea in 1920, on board some 126 ships and boats, Wrangel became a leader of the Russian emigres in Europe, until his death in 1928, allegedly from poison. He is buried in Belgrade, Serbia.