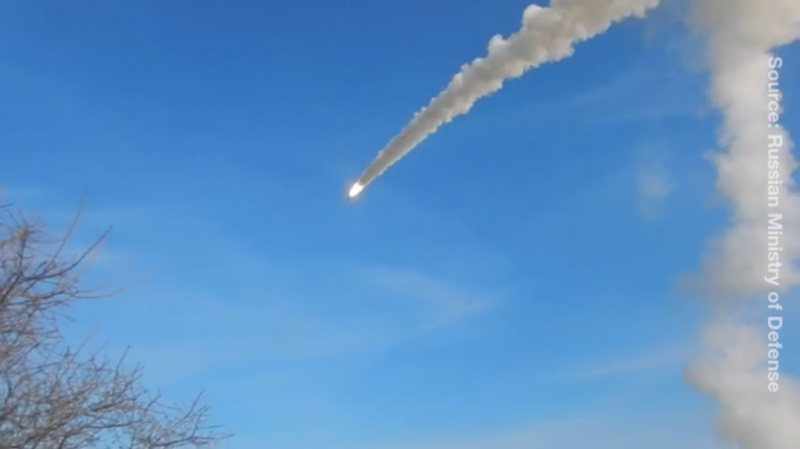 The Russian Defense Ministry said on Sunday that it struck a storage of foreign weapons at a military airfield near the Black Sea port of Odessa in Ukraine.

Russian supersonic Oniks missiles destroyed a hangar with “weapons and ammunition received from the US and European states,” Defense Ministry spokesman Major General Igor Konashenkov told a daily press briefing. He added that a runway was destroyed as well.

The ministry also released a video of what it said was the missile launch. It wasn’t immediately clear when exactly it took place.Konashenkov also told the briefing that seven Ukrainian military targets were hit by airstrikes, including two S-300 air defense missile batteries near the cities of Zaporozhye and Artemovsk.

Russia claimed last week that it destroyed a logistics hub in Odessa where a batch of foreign weapons was being stored. Ukraine, however, insisted that several Russian missiles struck residential buildings, killing civilians.

Both Russia and Ukraine have denied striking civilian targets and accused each other of war crimes.