Home / WORLD / ‘Democracy is being tested’: Polish PM hits out at Brussels, claiming it infringes on rights of member states

‘Democracy is being tested’: Polish PM hits out at Brussels, claiming it infringes on rights of member states 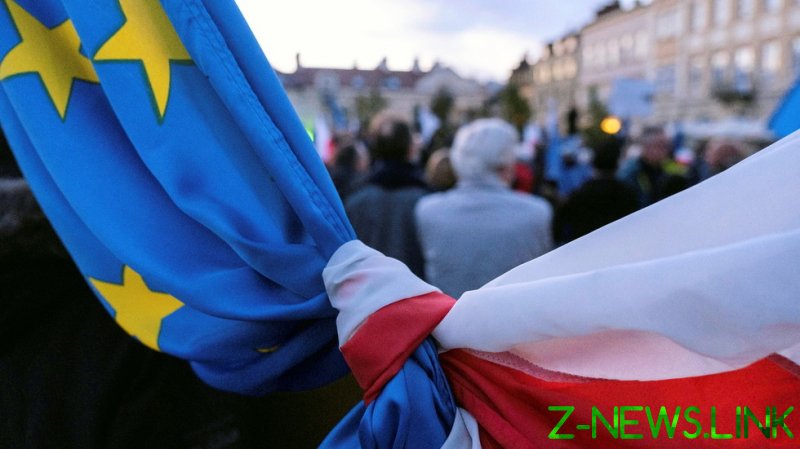 Speaking to the Polish parliament on Thursday, Mateusz Morawiecki proclaimed that “we are at a crucial moment, you could say at a crossroads in the EU’s history.”

Democracy is being tested – how far will European nations retreat before this usurpation by some EU institutions.

Morawiecki’s accusations come as he is due to appear before the European Parliament next week to defend Poland’s case after a landmark court verdict found Warsaw’s constitution took primacy over EU laws.

The inquiry, which had been requested by Morawiecki to determine whether Brussels could stop the country from reorganizing its judiciary, concluded last week that some areas of EU Treaty articles are incompatible with Warsaw’s laws and subordinate to Poland’s constitution.

The ruling found that the country not only has the right to check the constitutionality of EU laws, but also rulings made by its Court of Justice.

Several figures in the bloc spoke out against the verdict in the wake of the historic ruling. European Commission President Ursula von der Leyen vowed that Brussels would use all of its powers to ensure its law retains primacy and that its services had been sent to analyze the decision “thoroughly and swiftly” before taking its next steps.

Luxembourg’s Foreign Minister Jean Asselborn meanwhile accused the Polish government of “playing with fire” and said that if the primacy of European law is broken, “Europe as we know it…will cease to exist.”

France’s European Affairs Minister Clement Beaune dubbed the conclusion as an attack against the bloc and that it posed a “de facto risk of an exit” from the 27-member bloc.

The Polish PM, however, insisted shortly after the court ruling that Warsaw’s “place is and will be in the European family of nations” and has since accused the opposition of spreading “fake news” about Polexit, describing it as “a lie that aims to weaken the Union.”