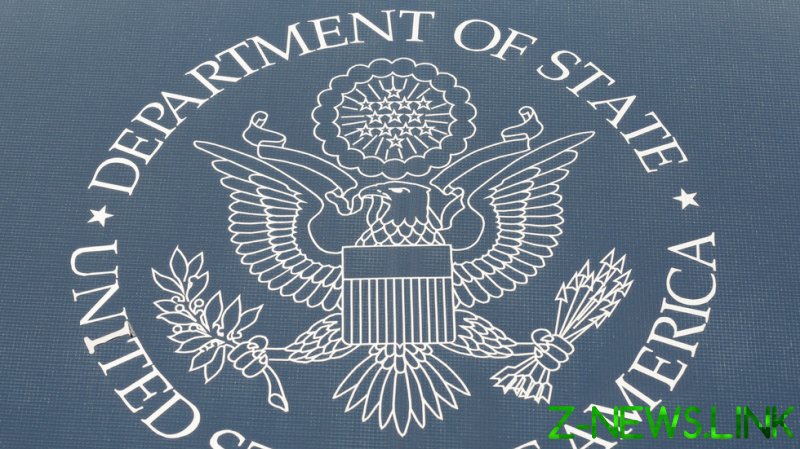 Talk about bad timing. On the very day that an estimated one million pro-Trump supporters were assembling in Washington, DC to protest the Electoral College count in favor of Joe Biden, the US media screamed ‘fire’ in a crowded capital.

Despite acknowledging that the threat was “not credible,” CBS News decided anyways – you know, out of a solemn duty to media standards and ethics and all that malarkey – to run with a story that US air traffic controllers had received a message that warned, “We are flying a plane into the Capitol Wednesday. Soleimani will be avenged.” It’s not hard to imagine Trump supporters on the ground responding, ‘get in line, Iran, we were here first’.

The content of the digitized communication refers to a US drone strike that killed Iranian General Qassem Soleimani in Baghdad on January 3, 2020. In the aftermath of that cold-blooded assassination, the entire world waited for the other shoe to drop, which many believed would be nothing less than World War III. Instead, Iran quenched its thirst for vengeance by launching a missile strike on a US military base in Iraq, which resulted in no fatalities.

So what should we make of a purported threat of attack, disturbingly reminiscent of the events of 9/11, against the very heart of America’s political system, and by Iran no less? Fake news certainly comes to mind. After all, what better way to distract from the main story of the day, which was whether or not Congress would accept the Electoral College state counts in favor of Joe Biden, or reject them outright as fraudulent?

More to the point, however, is that it would make absolutely no sense for Iran to threaten such an attack on the United States, much less carry one out. Iran, after all, is not suicidal. Moreover, Tehran had just requested that Interpol, the international criminal police organization, issue a ‘Red Notice’ for Donald Trump and 47 other officials over their purported “role” in Soleimani’s assassination. Why on earth would Tehran go through the bureaucratic hassle of taking legal action against the outgoing US leader and then, on the very next day, threaten to crash an airliner into the Capitol building? The short answer is they wouldn’t.

The longer answer is that US-Iran relations are falling prey to the foreign policy intrigues of the mainstream media and other so-called ‘deep state’ players, at a time when Washington is a bubbling cauldron of political infighting. Indeed, the fake news about Iran preparing an attack on the Capitol comes just weeks after yet another killing of an Iranian official, the top nuclear scientist, Mohsen Fakhrizadeh-Mahavadi.

On November 27, Fakhrizadeh, alleged to be the head of Iran’s nuclear weapons program, was killed in a brazen and highly sophisticated attack in the capital Tehran. While not the first Iranian nuclear scientist to be targeted by foreign agents in the past, the killing comes at a time of heightened tensions between Tehran and Washington, and, not least of all, Israel.

Fakhrizadeh’s murder was the culmination of four years of hostility bordering on all-out warfare between the United States and the Islamic Republic. From the Trump administration unilaterally pulling out of the 2015 Iran nuclear deal (officially known as the Joint Comprehensive Plan of Action, or JCPOA), to Washington declaring Iran’s Islamic Revolutionary Guard Corps as a terrorist organization, to the very real threat of a false flag attack triggering a clash, the two sides look to be heading for an epic crash unless something dramatically changes.

However, in much the same way that US-Russia relations were sabotaged by the outgoing Obama administration before Trump came to power, US-Iran relations will appear like a Gordian knot for Joe Biden to untangle should he actually make it into the White House (on the question of Biden being sworn in as US president, I still have my reservations, but that’s a different story).

Under normal circumstances, the transition of political power is a relatively predictable, uncomplicated affair. But these are not normal times. Amid an enormous power struggle now happening largely behind the scenes in Washington, deep state operatives and foreign agents, or some combination of both, will not waste this chance to manipulate global events to their advantage. Hopefully, cool heads will prevail between Tehran and Washington and the worst possible outcome nothing short of World War III can be avoided.