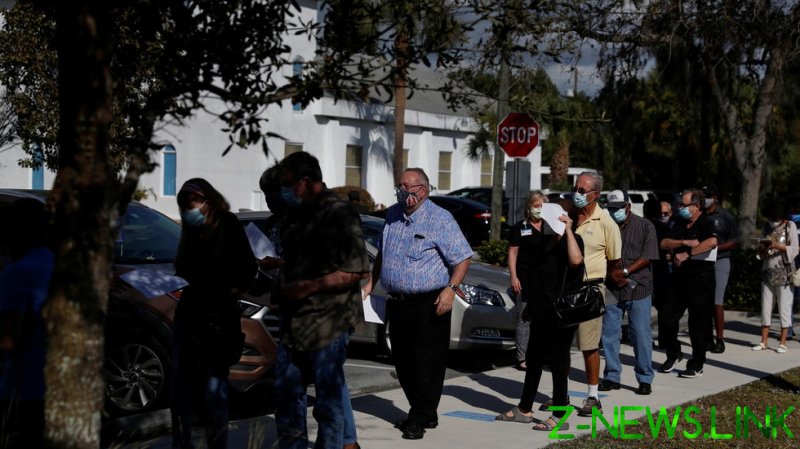 “I’m annoyed obese people of all ages get priority vaccine access before all essential workers,” Fox 5 pundit Blake McCoy said in the Tuesday tweet that landed him in hot water, adding “When most stayed home, we went into work everyday last March, April, May and everyday since, putting ourselves and loved ones at risk.”

While McCoy has since apologized and deleted the post, saying “I truly regret my words,” Fox 5 has nonetheless placed him on leave pending further review, the New York Daily News reported on Wednesday.

However, some observers online found McCoy’s mea culpa unconvincing, with one user noting that in a Twitter exchange following the anchor’s apology, he suggested he only scrubbed the tweet to avoid the headache of arguing with “strangers on the internet.” He then effectively restated his original complaint in different words, saying that “many people I know have quietly cut the line” while suggesting the vaccine distribution rules are inequitable and unjust.

The CDC’s vaccine guidelines set out several tiers of priority for who ought to receive vaccines first, starting with frontline healthcare workers and residents in long-term care facilities, such as nursing homes. The next tier includes all frontline essential workers and the elderly (75 and older), followed by those aged 65 and older and people between the ages of 16 and 64 who have underlying medical conditions that increase the risk of serious illness from Covid-19. The agency includes both obesity and severe obesity among those conditions.

While some states have crafted their own criteria and definitions for their respective vaccine programs, 29 have followed the CDC’s recommendations for the obese and 32 for the severely obese, according to an analysis by the Kaiser Family Foundation. While technically not a state, DC’s own guidelines also consider obesity a qualifying condition, among several others.

Starting Thursday, the territory will prioritize individuals in those risk groups alongside frontline workers, such as teachers, police officers, prison guards and essential government personnel, according to DC Mayor Muriel Bowser. By Friday, the local government said it will make 4,350 new vaccine appointments, calling on residents who do not qualify to sign up for automatic text or emails updates to find out when their turn is.