Home / WORLD / DC Comics making Robin bisexual is a lame attempt at political posturing that will get it retweets, but not comic sales

DC Comics making Robin bisexual is a lame attempt at political posturing that will get it retweets, but not comic sales 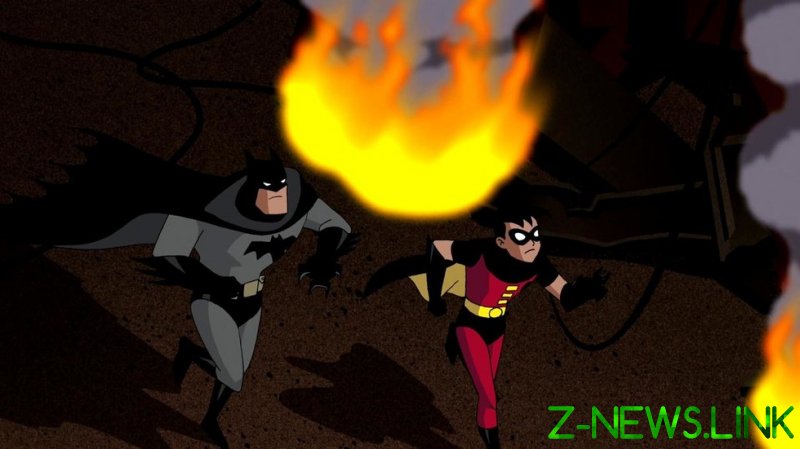 Comic books as a business have been on the decline for at least the last four years. Turning Captain America into a Nazi, using comics to try and slander Dr. Jordan Peterson, ‘Static Shock’ being retconned to tie his origin into Black Lives Matter and DC hiring Zoe Quinn (which effectively destroyed the Vertigo imprint) prove the industry cares far more about politics than entertainment. It is an unfortunate reality for comic book fans that these imprints just don’t care about them, they only care about pushing their radical identity politics-driven agenda. The latest example of this is retconning Batman’s sidekick Robin to make him bisexual.

A new comic called ‘Batman: Urban Legends’ takes Tim Drake, the third character to take up the mantle of Robin, and one that up to this point had only been portrayed as a heterosexual, and turns him from ‘Boy Wonder’ to ‘Bi Wonder’ for no obvious narrative purpose. Prior to this book, there has been no indication that Drake ever had any interest in men sexually. He has had quite a few relationships with women but has never shown any interest in men. This retcon comes out of left field (figuratively and politically), making it perfectly obvious it is a political stunt.

Marvel and DC are well aware that if they want to get good coverage from mainstream media, all they have to do is take a well-established character and make them any of the options on the ever-growing LGBTQ+ menu of alternative sexualities and genders. It’s not uncommon for the mainstream media to virtually demand this of them. Sony supposedly planning to insert a bisexual Spider-Man in the next outing (pardon the pun) for the web-slinger gained it quite a bit of good press. When Marvel Comics stated it was going to introduce the first gay Captain America, it was showered with praise. Given how incestuous the comic book industry is, word spreads quickly on what gets you nice words from major outlets.

This worked in DC’s favor. Tim Drake trended on Twitter, the woke quotient of Twitter praised the move, and DC received positive words from Vox’s Polygon, The Hollywood Reporter, Entertainment Weekly, the New York Post and TMZ, but the real question is: how many comic books are going to be sold as a result of this move? How many people who read comics on a monthly basis are going to be excited by this? The answer is… none.

As a comic book writer who works completely independently from the big names (primarily through crowdfunding), I constantly hear from my customer base how frustrated they are by the constant politicization and retcons of their beloved characters as opposed to a focus on telling good stories. They can’t open a Captain America comic without being told that America is awful, and now they open a Robin comic only to see bisexuality crowbarred into the narrative by a creative team that only cares about Twitter head pats.

It takes mental fortitude to tell a story and tell it well, and focusing on politics detracts from that. As such, all comic book fans are constantly fed this drivel from people that are more hopeful that Vice President Kamala Harris will retweet them than they are actually making money and art that will stand the test of time. These political activists masquerading as creatives are a cancer upon the arts. They take the corpses of once-beloved characters and use them as skin suits to pedal their tedious progressive propaganda.

Mainstream comics are now a joke. Seasoned writers who paved the roads with phenomenal stories end up looking like useful idiots for political agendas. Modern comic book writers appear to lament the fact that they aren’t working for MSNBC or CNN, and instead turn the characters that Americans love into some kind of BLM/LGBTQ Pravda.

As for those of us who love the medium such as myself, we have to build something new from the ashes. The more that DC and Marvel treat their current audience like pariahs, men and women like me who love comics are more than happy to create the books that people want to read. So, by all means, continue the political posturing. Just don’t be surprised when the independent creators are making the fortunes you squandered on pedaling progressive nonsense.