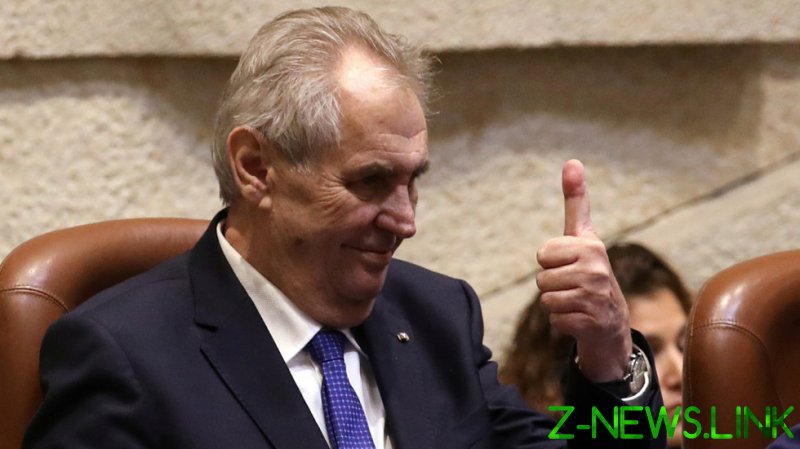 The outspoken Czech leader wasn’t shy about sharing his views on gender-identity issues during an interview on Sunday.

“I can understand gays, lesbians, and so on. But do you know who I don’t understand at all? The transgender,” Zeman said. “If someone undergoes a sex-change operation, he commits a crime of self-harm. Every operation is a risk. And these transgender people are really disgusting to me.”

He also railed against the #MeToo movement and expressed frustration with Prague’s annual Pride parade. He said that if he were a “little younger,” he would organize a massive demonstration of “millions” of heterosexuals in the Czech capital.

“I will take buses and trains to Prague for all heterosexuals so that everyone can see how meaningless it is,” Zeman said, elaborating on the hypothetical counter-rally.

A Czech LGBTQ activist quoted by local media condemned the president’s comments, claiming that they could incite hatred against the country’s sexual minorities.

His provocative comments were made in response to a question about an ongoing dispute between Brussels and Budapest over a controversial Hungarian law that prohibits LGBTQ references in school materials. The legislation has been widely condemned by many EU member states, but the Czech Republic has not weighed in on the issue. Zeman argued that it was not appropriate for other nations to interfere in Hungary’s internal affairs.

According to the Czech president, Hungarian Prime Minister Viktor Orban is not anti-gay, but rather is fighting against the “manipulation” of parents as well as children when it comes to sex education. He said that he had no disagreement with his Hungarian counterpart, noting that he himself was “annoyed by the suffragettes, the MeToo movement, and Prague Pride.” Zeman stressed that he had nothing against sex education, including on LGBTQ issues, but that children are too young to understand such topics.

The Czech leader routinely makes headlines with his colorful social commentaries. In 2016, he came under fire after insisting that it was “practically impossible” to integrate Muslim migrants into Europe.

Two years later, he was confronted by a topless FEMEN activist at a polling station in Prague. He later said he “felt privileged” to have been targeted by the chest-baring feminists.