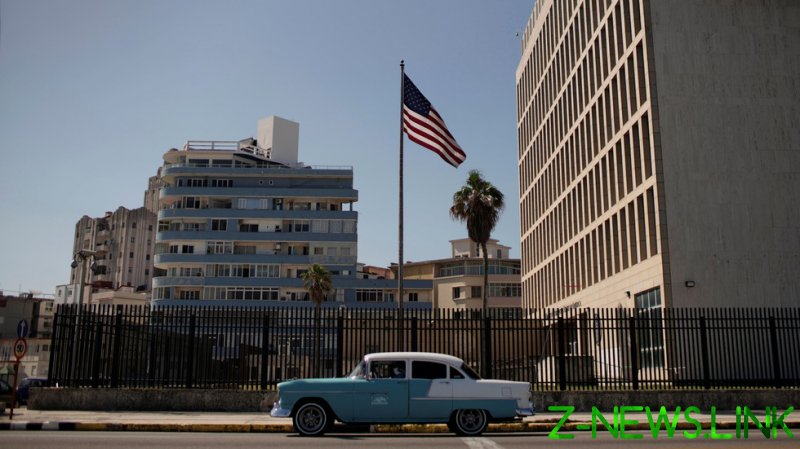 When US Vice President Kamala Harris’ flight from Singapore to Hanoi was delayed last month due to the sickness of two American officials in the Vietnamese capital, the phrase ‘Havana Syndrome’ once again entered the headlines. Named after it was first noticed in Havana in 2016, the term refers to a set of mysterious symptoms that affected American diplomats and intelligence operatives in Cuba, and later in China, Germany, Austria, and the US itself.

American politicians, researchers and pundits have all speculated that the symptoms – which purportedly include headaches, dizziness, tinnitus, hearing and vision impairment, nosebleeds, vertigo and memory loss – were caused by some kind of sonic or microwave weapon, but Cuban scientists shot down those claims on Monday.

Speaking at a press conference in Havana, a panel of scientists convened by the communist country’s government declared that claims of secret sonic weaponry were not “scientifically acceptable,” and there was “no scientific evidence of attacks.”

“The international press continues to intensely disseminate non-science-based explanations that confuse the public and harm US officials who believe them,” Dr. Mitchell Valdés-Sosa, director general of the Cuban Neuroscience Center, said. Such claims, he added, present an obstacle to the thawing of relations between Cuba and the US.

While a panel convened by a single-party state would be unlikely to implicate that same state in alleged attacks on foreign diplomats, the US has not offered any conclusive proof of foul play either.

“Convinced” that diplomats were being attacked, then-Secretary of State Rex Tillerson scaled back the US’ diplomatic presence in Havana in 2018, as the CIA and National Security Council investigated the bout of illnesses. The US National Academies of Sciences, Engineering, and Medicine (NASEM) concluded in December 2020 that “directed, pulsed radio frequency energy” was the “most plausible” explanation behind the cases, but the report, commissioned by the State Department, did not rule out other possibilities.

One of those possibilities is that the high-pitched noises some sufferers reported hearing prior to the onset of their symptoms was actually of natural origin. A researcher at Berkeley University discovered in 2019 that the sound was a near-perfect match to the continuous chirping of the Indies cricket.

The State Department rejected the research and continues to believe that diplomats in Cuba were attacked. Other researchers, meanwhile, have noted that the symptoms of ‘Havana Syndrome’ are genuine, but their origins unexplainable.