Croatia before the match with Ukraine changed head coach 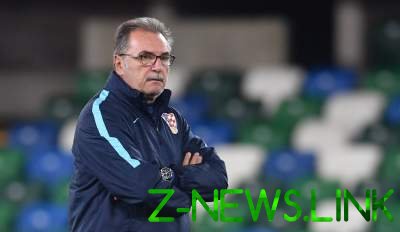 Croatia national team before the decisive match of the qualifying round for the world Cup decided to change the head coach.

The reason for the resignation Cacica were the poor results of the national team of Croatia in qualifying for the world Cup. On the eve of “Checkers” missed the victory over Finland (1:1) and almost lost the chance for direct qualification to the world Cup in Russia.

Dalicho immediately have to deal with serious competitive objectives – October 9 Croatia in the final match of world Cup qualifiers in Kiev on NSK “Olympic” will play with Ukraine.

Croatia to get into the play-offs enough not to lose. “Checkers” is still unable to directly get to the world Cup, but they need to beat Ukraine and wait for a feat from Kosovo in an away match against Iceland.