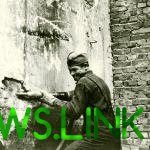 The most colourful, lively and noisy (and maybe Central?) figure adorning the prose of life our student tourist group at the Leningrad Institute of Aviation instrument engineering liap, was Semenov Glory. Fair-haired, good-natured, purely southern (gelendzhikskogo) origin and temperament, he is above all appreciated the variety of jokes in its own original design.

Very was outraged when, in Leningrad barbershop to him, it would seem, for good reason of inability, refused to do a hairstyle “under the baize”. And since it was Beaver. Anatoly, however, attempted in the senior years to replace a nickname on the Way (due to his unfailing British politeness: “Senka-Yu take the ball”) or more solid – beaver, but it somehow did not stick.

The city of the village often went all-season black suit, though questionable freshness, but the color of cocoa with milk, fastened a large safety pin color pure gold, when you tie the type of kitty …

During regular Sunday suburban travel, when we in unison, as every evil, “nasty faces Korca, Yes cranny words crying”, relaxed, beaver in the hat decorated with a record high number of awards from aluminum stoppers from bottles of vodka personally, was responsible for the musical accompaniment. He knew how his lips pulling so that they turned into the bell and used them instead of a pipe, uttering loud muzykovedenie sounds. People fell away in amazement. Such abilities more than I’ve ever seen ever. If we loudly sang dashing tourist tracks, the loudest – Bobryk. To avoid trouble, but most often on their own initiative, in the lyrical songs he was not involved: what is the meaning of quiet singing?

He was no stranger to technological progress. Normally, it was pulled and wound up the gramophone with a set of records on 78 rpm. Superchica were considered records of the Czech firm Supraphon with the performance of jazz, Karel Vlach or Glenn Miller. We kept those CDs. However, it turned out that the main danger was in the low strength of the plates, and the loss of interchangeable needles from the easy-open corner of the box gramophone: the industry fixing the tape had not been invented, but gramophone needle already to release stopped, and we are constantly reface sand bar a few remaining needles was too expensive. I had to go to a tube radio powered by a multikilogram alkaline batteries: two for filament, one for the anode. And later, keeping pace with the squeak of technical progress, the team splurged even on a solid state receiver, catching transmission is not only on long and medium, but also on short wave meter band radio.

Bob entertained us also for its many brass musical instruments, of which the crown was black flutes. It’s such a black pipe with several finger holes, according to my assumptions, not only of German origin, emits a sad quality, often plunging into the horror of a third-party public, very loud noises. However, several West Slavic melodies he made it bearable.

At the Finland station before the trip were distributed to the public belongings to carry. Each took on the forces. All that was left, took a baize in his inconceivably enormous tattered backpack. Never resented that I had to shove in two or three times more than others. And maybe it was his good nature, like nothing else, and rallied our assorted tourist group.

Each of us was a personal metal travel mug and bowl. The plastic utensils were not recognized because of conflicts with fire fire. Half-liter aluminum mug for vodka, tea, and even soup was for a guy disadvantageous a little. The food was divided fairly, but the beaver here had special privileges: each of the three dining dishes laid out first girls, then boys, and all the rest right in the pot (or bucket) has been given personally to Bob. And outrageous to eat more servings from the bucket for him – the norm. Never from that did not break. Explained that some of his ancestors were not otherwise – camel.

The bivouac we tried to choose so that there was a large spreading trees, which the beaver could from time to time to recline. However, one day in early spring he went naked to sunbathe directly on the snow. And, of course, bare chest laid found a frozen snake. And here we witness him record a loud heart-rending cry: it’s thawed, the snake decided to crawl away to a safer place.

In the educational process and College discipline, he set a record for sloppiness. Here is a typical dialogue.

Bob: I came on time, that you came before …

B. – Think of the slightly broken, but you can also see!

B. – But I’m not to late for Your classes, specifically put the clock ahead forty-five minutes.

And it was not on his administration. But once it I guess I’ll be cool. Even had to write an explanatory note along the lines of: “the Head of the Department, comrade Colonel (full name). I, (name), with the aim pranks climbed on the product (full name) system (full name). Kept only the wings didn’t break anything. And his hands raised because he was pretending to get her.”

We have spared: all beaver PI…ETS: get him out of the Institute! But there it was. It turned out that if you move the case, it is due to the presence of the full names of products and systems in paper unclassified dear comrade Colonel first up well…Oh will depart from the Institute. In addition, it was to rewrite the paper, pointing to the destroyed original – an even greater crime. Very long puzzled, in the end, wisely left without consequences this is the case, how would the absence thereof…

Sometimes Bob came to visit me. However, often when I wasn’t home. Then he took my mother. And she was complaining about his miserable obmanul the fate of a poor student. However, he, according to Mom, dirty fist of his left hand smeared avaricious man’s tears in his own, unusual for a city dweller, rosy cheeks, and his right hand in the tide of nervous excitement were experienced by all that can reach the mechanical strength. His mother was very sorry, was perhaps the only one in the course of many of his everyday problems, but trying to catch to put away from him the most valuable furniture…

In General, despite great skill great with the facial expressions to show the tragedy of their temporary setbacks, those for whom he was offended, for some reason, usually do not raced to solve numerous troubles.

Monotony in everyday life and studies he could not stand. “Attackive”- it was his duty call, warming our young dynamic souls, which translated into today’s boring language would appear as “ENTER”…