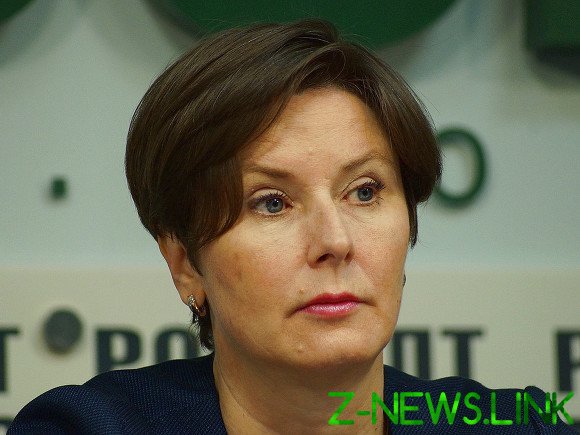 The non-payment for communal services grew by 20-30% in comparison with the data for February, said the expert of the Public chamber of Russia Svetlana Razvorotneva.

The withdrawal of the Russians left without work and without money. The government abolished for the period entered in the country restrictions fines and penalties for the debts of communal. As in this situation out control the company, which not only loses money but also incur unexpected costs because of the fallen on them, disinfection, and what are we all looking at, said the Executive Director of the national centre of public control in the sphere of housing and communal services “housing Control” and the expert of public chamber Svetlana Razvorotneva.

The Russians, in fact, allowed not to pay communal, temporarily eliminating them penalties and interest for debts management companies. As a result, the non-payment was more?

— Of course, in the period of self-isolation, the government has relaxed the measures of influence on debtors. Thus, according to our observations, older people, even with low incomes and isolation, still trying to pay. A good proof — queues in front of post offices in the period of payment of utility bills.

Service providers and asset managers predicted that the company entered in the country restrictions payments will be reduced by half. We are now summarizing the results for April, we see that in regions with very different histories, and the failure is very serious. But in the whole country defaults increased by 20-30% in comparison with the data for February. That is, if usually according to statistics, 95-97% of Russians pay the bills of utilities in a timely manner, now there are about 65%. Others took advantage of the breaks from the officials.

— How out in such conditions control of the company?

At the beginning of the epidemic Rospotrebnadzor has sent to the regions recommendations for cleaning and disinfection. Regions, at their discretion, made the decision about how often to treat the common areas, at whose expense. And here who in what is ready. Someone needs to spray was carried out three times a day, some once a week. And, of course, money is in the tariff was not provided. In a minimal list of works disinfection is also not listed. Some support measures at the regional level, the management companies provide. For example, purchasing disinfectants. But they certainly don’t cover all the costs of the criminal code, because it is and benefits an employee, and purchase for their personal protection.

By law, all work on maintenance of apartment houses should fall on the owners. However, without their decision to include disinfection in the tariff is impossible. In two or three regions tried to do it, but later these decisions with the support of regulatory bodies was canceled. But the question is very serious: at whose expense disinfect.

The Ministry of construction has allocated recommendations on how to provide support to the managing companies. But I think the officials did the main thing: has not proposed a method of calculation. In Astrakhan treatment debatebothsides five-storey house is worth 2-3 thousand rubles at a time. If to carry out the disinfection through the day, more than 30 thousand rubles. Thus in the Rostov region the operating companies evaluate the work of almost 5 million rubles per month. All feel like God put per capita. UK draw huge numbers, hoping that will give them something. Local governments, in contrast, understate expenses. Now, in addition to this, increased defaults on the part of owners.

Due to what survives of the criminal code? A significant part of the compulsory work at home they lay on the back burner and focus only on emergency work and disinfection. We receive a lot of complaints that even the hallways stopped to clean up, just throw them in chlorine. But most importantly, the UK stopped making repairs, including works that constitute the mandatory part of the preparation of the engineering infrastructure for the winter. This is a dangerous trend.

— What it can mean in the long run?

— First of all, the unwillingness of the house for the winter. We have all this heavy history. When the heating season starts, we get shaft complaints. Communication in such a bad state that even the passport of readiness for winter it is impossible to give. But to leave people without heat is impossible. Therefore, documents signed, and the problems are piling up.

If during the period of preparation for winter when needs to resolve identified infrastructure problems, there is no money, this is the risk that the heating season may start late, and in the winter will increase the number of accidents on the network.

— So who will finally pay for fumigation?

— No response yet. We are seeking compensation from the budget. Everyone understands that we cannot close our eyes and say that you are there to sort it out themselves. But while the Ministry we did not answer. The costs incurred by the management companies, according to our calculations, from 500 roubles to three thousand, depending on area and number of houses. But we need some unified method of calculation.

— The number of defaults rose by almost a third. In fact, people who remained in crisis without work and without money, piling up debts. Turns out it’s some lingering crisis?

In the field of housing management we have long lasting protracted crisis. There is no uniform technique of calculation of cost of works, where some residents are underpaid, where some management companies cheat. The existing homes are under-funded, therefore building quite quickly deteriorate and become hazardous. Every year we register increase in the share of the number of cases associated with this. Here, of course, are long overdue some radical changes that no one dares. On the one hand, we need to give owners the real control over money and work with other parties to increase their responsibility.

If it gets worse, management companies will go the usual way: they will pretend to run, and people will pretend to pay. If we talk about the accumulation of debt, a good tool would be housing subsidies, which allow you to avoid non-payment. Moscow, for example, during the crisis gave the opportunity to receive such help people with debts for utility services. In many regions it is not. In addition, should be given the opportunity to receive such subsidies remotely on the application. Now people have to collect up to 20-30 documents, to receive housing subsidies from the state. In isolation make it impossible in principle. A shaft of questions which the support system is not working. Now most of the money that the budget allocates for housing subsidies, often come back, because people don’t take a very complicated procedure.

— The schedule of disconnect of hot water set on top. In the period of self-isolation date slightly moved, but soon the work needs to start. I want to understand: in the absence of money to turn off the water, and to repair communication — no?

— Water shut off is mainly to repair the district heating networks. This applies more to resursniy who are suffering now to a lesser degree. At the same time, in many regions the restrictions removed, so that a small shift in the schedule will not become critical. In Moscow, many homes could do without blackouts, since the communication new. They are more concerned with legal requirements of Rostekhnadzor, than with real need. In the suburbs a different story. We have homes that sit all summer without hot water. Very bad things with communications. You need to change everything. A two-week shutdown and a stopgap for a situation is not particularly affected.

Self-isolation has given rise to many other problems. In particular, pending verification of gas equipment, counters. In many regions, can’t start the overhaul. And this is also not very clear what to do.