Congress seeks to spend $500 million of taxpayers’ money on Ukraine 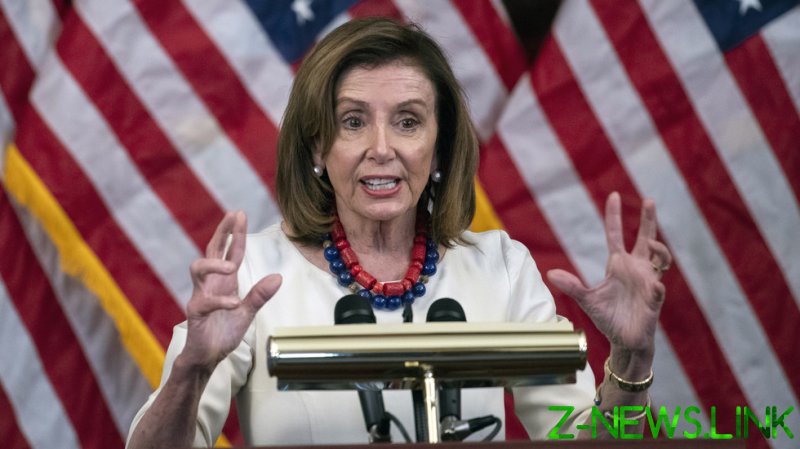 The US House of Representatives is rushing a bill that would impose a series of sanctions on Russia and give Ukraine $500 million in military aid, skipping the committee mark-up process entirely, The Intercept reported on Tuesday, citing sources in Congress.

Speaker Nancy Pelosi (D-California) reportedly told members on a caucus call that she wants the Defending Ukraine Sovereignty Act of 2022 up for a floor vote as soon as next week. The bill was introduced in the House Foreign Affairs Committee last week by its chair Gregory Meeks (D-New York) and co-sponsored by 13 other Democrats.

Meeks is currently en route to Ukraine with 11 other members of Congress, only three of them Republicans. His bill doesn’t have any GOP co-sponsors just yet. It is the House version of the bill introduced by Senate Foreign Relations Committee chair Bob Menendez (D-New Jersey), which was endorsed by 41 Democratic senators as well as the White House.

The Meeks bill would more than double the amount of military aid to Kiev, from $248 million sent under the Foreign Military Financing (FMF) program in 2020 to $500 million. Only Israel and Egypt currently get more – $3.3 billion and $1.3 billion, respectively.

Under the Democrats’ proposal, if President Joe Biden declares that Russia has engaged in “significant escalation in hostilities” to disrupt Ukrainian sovereignty, the White House would be able to issue sanctions against President Vladimir Putin personally, Russian financial institutions, anyone tied to the Nord Stream 2 gas pipeline, and even Americans wanting to trade in Russian government bonds.

Senate Democrats cited the Menendez bill to filibuster the sanctions proposal by Ted Cruz (R-Texas) earlier this month. However, the Republicans are unlikely to block the Menendez-Meeks bill, as their own proposal in the House wants to give Ukraine $450 million from the FMF and impose sanctions on Nord Stream 2 right away, without waiting for any Russian action.