The comic fans dreamed about it, should be, ever since 1986, when the world saw the first editions of limidi “Keepers” (Watchmen), which was later reissued in the format of the famous graphic novel. Combine this nearby standing on the brink of nuclear war the world from total multi-universe DC, not just giving it the room (Earth-4, if not mistaken), but forcing heroes from different realities to interact. And now it’s finally happening!

Publisher DC Comics has released a video in which glimpses of the first image from the series “doomsday Clock” (Doomsday Clock). Of course, you remember the watch in the comic book and its film adaptation. This thing has a real prototype, a symbolic clock face, the hands which, by the way, now show two and a half minutes to the end of the world.

However, as quipped Dr. Manhattan:

A symbolic clock is as nourishing to the intellect as photograph of oxygen to a drowning man.

The idea mentioned a crossover, by the way, too not all enthusiastic. The author Alan Moore has always been against this, wanting this world to remain individual and private. However, the writer has broken all ties with DC, considering that he cheated with copyright. And despite all the attempts of publishers to back Moore’s failed.

In the following teaser, we see Batman with a badge of the comedian, so that’s greatest detective is already clearly the case. In addition, there is Lux Luthor… and who puts his hand on your shoulder? It seems that Ozymandias himself. Threat couple! Well, finally we see the Man himself of steel, and there is a suspicion that the creators encounter with Dr. Manhattan. Logical, because who else would pull this?

By the way, Doomsday is still the name of the villain, played a crucial role in the story “Death of Superman”.

In short, an interesting reading is coming. “Doomsday clock” will consist of 12 issues, the first of which will be released in English November 22, 2017. 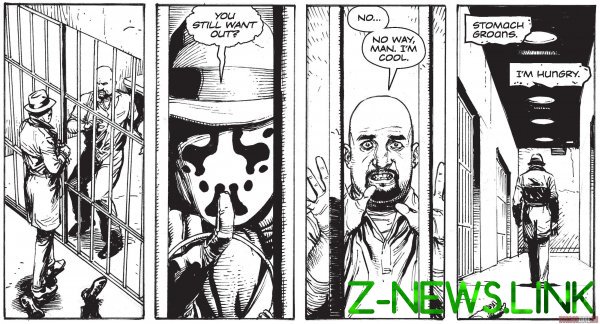 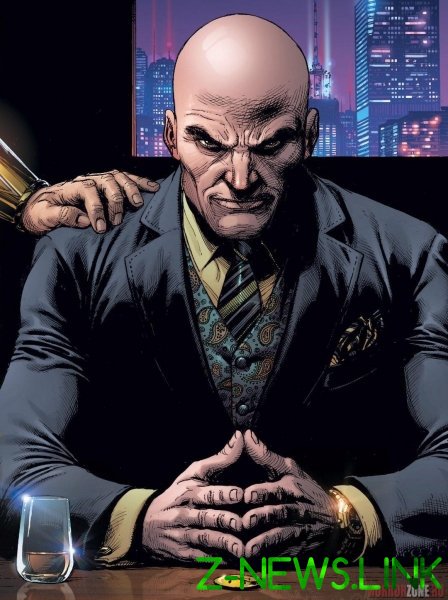 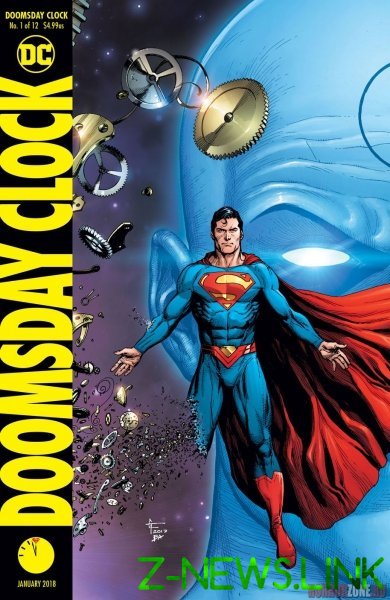 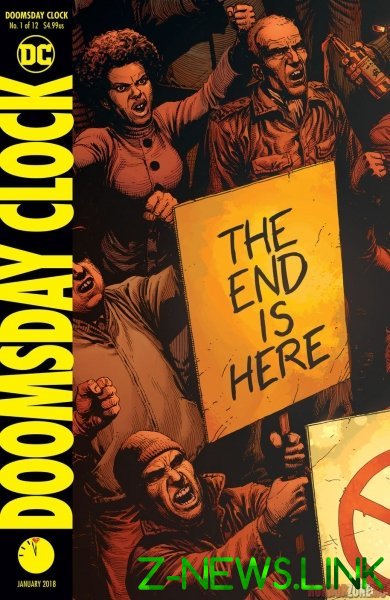