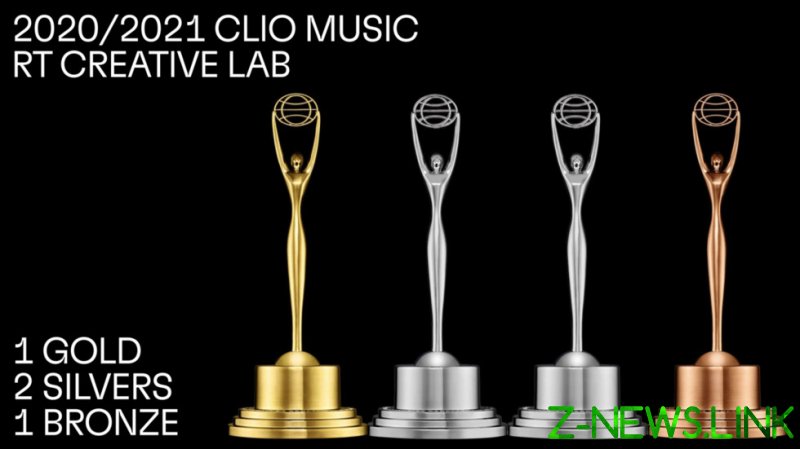 The original soundtrack for ‘The Endless Letter’ Instagram series composed by Maxim Makarychev (co-founder of the On-The-Go music band and a guitarist for the Sirotkin music band) has won gold in the Branded Entertainment & Content medium at the Clio Music Awards. Among other gold winners were Spotify, MediaMonks, Amazon Music, Epic Games/Fortnite Apple, Facebook, etc.

The series also nabbed silver in the Social Media category and bronze in the Use of Music in Innovation.

The original soundtrack for ‘Lessons of Auschwitz’ composed by performer of the theremin Peter Theremin and musician Eldar Salamov (Weary Eyes music band) snatched silver in the Use of Music in Innovation category.

Clio juries reviewed submissions across 26 mediums and gave a total 240 awards. “The Clio Music Awards were launched to recognize excellence and the kind of rich work that leaves its mark on the industry for years to come. Music enhances the message and the impact of everything it touches – ads, films, social media, and more – and our award winners are remarkable examples of that power,” says Michael Kauffman, Director of Clio Music.

Clio was founded in 1959 to celebrate creative excellence in advertising. Clio today honors the work and talent at the forefront of the industry in a variety of specialized fields, including: sports, fashion, music, entertainment and health. Introduced in 2014, Clio Music honors the intersection of music and marketing.

Different series of the #VictoryPages project have garnered a total of over 80 awards, including Webbys, Clio Awards, Epica Awards, Shorty Social Good Awards and Red Dot Awards, among others.