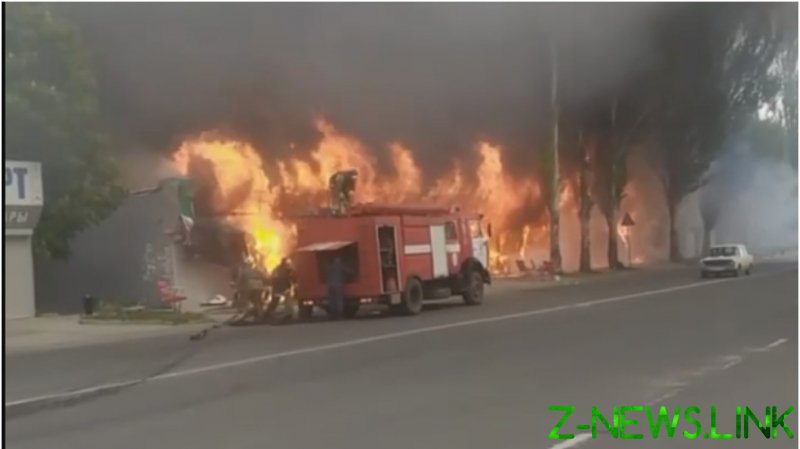 More civilians have been killed and hurt in Donetsk after two straight days of shelling by Ukraine, officials from the Donetsk People’s Republic (DPR) said on Tuesday.

Two people were killed and five wounded, including a child, in the city’s northern Kievsky district, DPR officials said. They added that four people were also injured during shelling of the Kirovsky district in the western part of Donetsk.

Videos from the scene show missile parts lying on the ground.

“People were screaming, and some were hurt. I immediately went outside to administer first aid and to look whether there was any damage,” a local woman told RT.

“I saw munitions [on the ground], and a little bit farther I saw huge fires – the stores were burning … The same thing happened yesterday – more shelling.”

Officials reported that the city was struck several times on Monday, when residents were celebrating the 77th anniversary of the victory over Nazi Germany in World War II. The fatalities included a 16-year-old, they said. 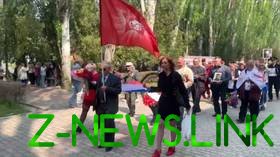 Ukraine has previously denied targeting civilians and has repeatedly accused Russia of shelling residential areas in Kiev and elsewhere. Moscow, however, insists that it only hits military targets.