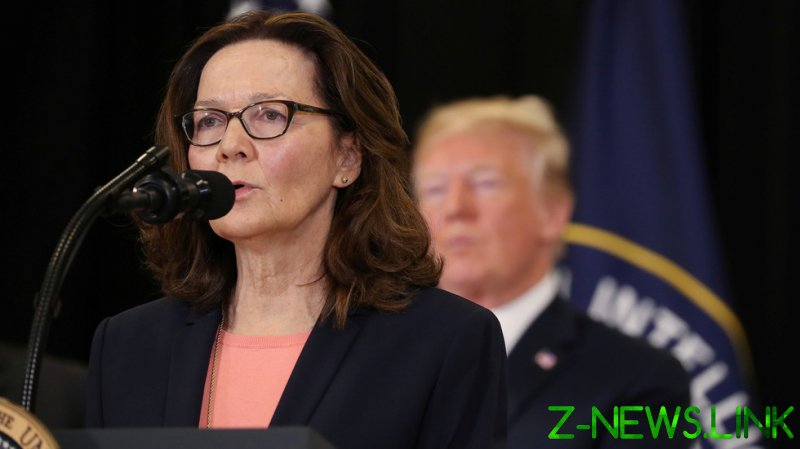 In a statement posted to Twitter by the CIA, Haspel said she was “deeply proud of the work [she and the CIA] have done together,” which – while largely classified – included running one of the agency’s notorious “black site” prisons.

She was appointed director of the CIA in 2018, becoming the first woman to hold the role, and replaced Mike Pompeo, who had been promoted to Secretary of State.

While Haspel reportedly threatened to resign last month as President Donald Trump prepared to name Kash Patel, former aide to Rep. Devin Nunes (R-CA) as her deputy, the plan was apparently cancelled at the last minute when she got wind of it. Trump had apparently grown to distrust Haspel, who had worked as London CIA station chief under former agency director John Brennan.

Despite her apparent involvement in the CIA’s torture program, Haspel narrowly squeaked by confirmation to run the US spy agency after writing in a letter to the top Democrat on the Senate Intelligence Committee that the program had “ultimately done damage” to the US’ “standing in the world.”

Earlier in her career, Haspel oversaw a CIA “black site” prison in Thailand, known as Detention Site Green. Since-declassified cables have revealed the brutality used to interrogate suspects there, including one detailing the harrowing waterboarding of a prisoner periodically for 17 days.

While a report alleging Haspel ran the site at the time of that incident has since been retracted, she took over management of the site shortly thereafter and reportedly presided over similar ‘enhanced interrogation techniques’ of other prisoners.

Last week, Biden named William Burns, who served as Deputy Secretary of State under the Obama administration, as Haspel’s replacement, though he must be confirmed by the Senate to officially take up the post.