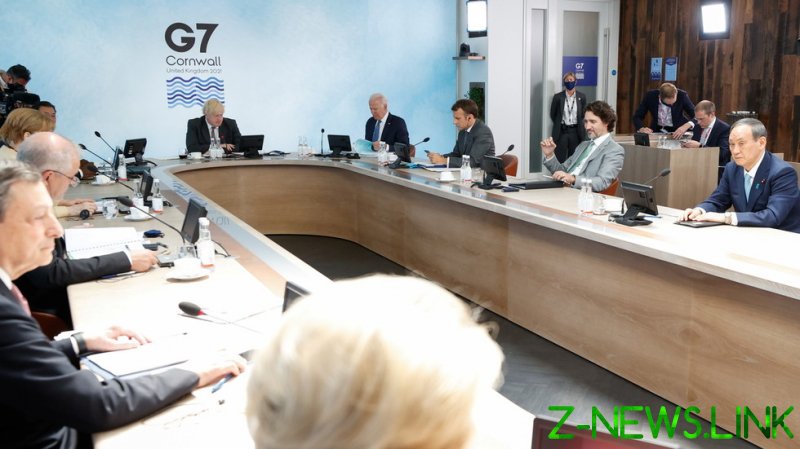 In a statement on Monday, the embassy described a communiqué issued by the Group of Seven countries on Sunday as a “serious violation of the basic norms of international relations.”

The statement noted China’s “strong dissatisfaction” with the G7 nations, noting that the communiqué “further exposes the sinister intentions of some countries, such as the United States.”

Despite the requirement for unity during the pandemic, they continue to form “cliques” and engage in bloc politics, “artificially creating antagonism and division,” the embassy said.

“We will resolutely defend national sovereignty, security, and development interests, and resolutely counter all kinds of injustices and infringements imposed on China,” it added.

On Sunday, the G7, consisting of the leaders of the US, UK, France, Germany, Italy, Japan, and Canada, plus the EU, criticized China over its alleged human rights offences in Xinjiang and for the erosion of democracy in the former British colony of Hong Kong.

The communiqué also opposed “unilateral attempts to change the status quo” and acknowledged the ongoing tensions in Taiwan, and called for a thorough investigation into the origins of Covid-19.

“We will promote our values, including by calling on China to respect human rights and fundamental freedoms,” it stated.

Leaders from the G7 nations – and invited partners, such as Australia, South Korea, and South Africa – met in Cornwall, in southwest England, over the weekend to discuss a range of issues, including climate change and post-pandemic recovery.