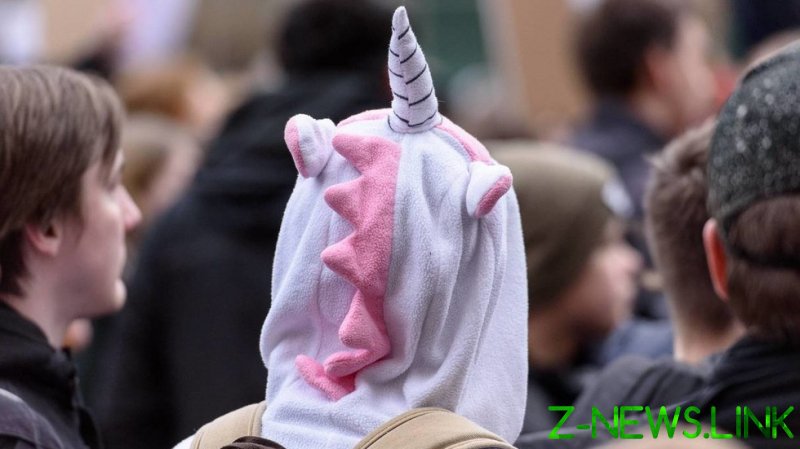 The incident was first reported by the store’s owner on social media. Two children clad in unicorn suits invaded the shop in a mall in the city of Yuzhno-Sakhalinsk early on Saturday.

Grainy surveillance footage shared by the owner shows the duo raiding the shop, smashing display cases with a hammer, and retreating in just 10 seconds. Neither the teller nor a customer were seemingly able to react quickly enough to prevent the smash-and-grab and were left helplessly watching the scene as it unfolded.

The “robbery” was apparently part of the children’s efforts to produce some hot content for social media, the shop’s owner alleged. She claimed the assailants took only one ring worth some 20,000 rubles (roughly $270), but discarded it shortly after the invasion.

“Nothing was stolen. They took only a ring worth 20,000 – not cheap – out of the display. But it was recovered in a corridor of the shopping mall. Maybe they dropped it – stumbled or something like that, or maybe they threw it away on purpose,” she told local media.

While the owner focused on bemoaning the bizarre incident online and giving interviews to the press, the security team of the shopping mall called the police. That revealed that the whole incident was actually a poorly thought-out PR stunt staged by the shop itself. The unicorn ‘robber’-kids had been hired by the stunt organizer through a marketing agency.

The police have promised to further investigate the stunt, and the store’s owner may face legal consequences, not least for involving minors in questionable activities.