Children among injured after shelling of Donetsk hospital – DPR 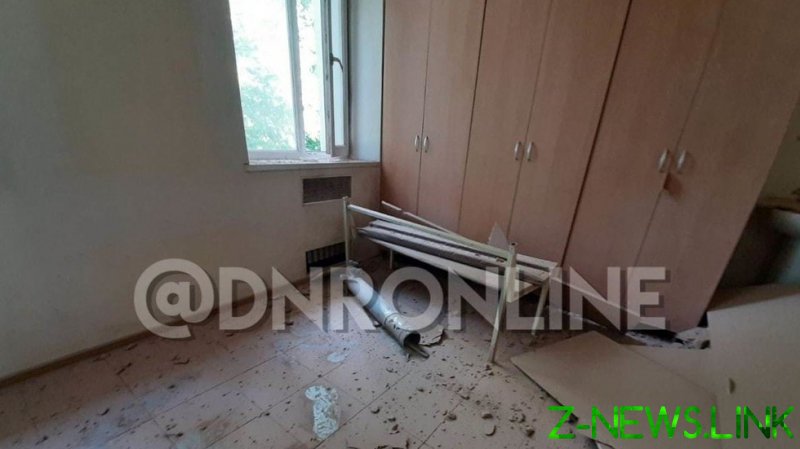 A Ukrainian artillery attack on Dontesk has left at least one person dead and several others injured, officials in the Donetsk People’s Republic (DPR) said. One of the buildings targeted on Friday was a hospital. Ten people, including children, were injured DPR Deputy Information Minister Daniil Bezsonov said.

Two neighborhoods in Donetsk came under fire by Ukrainian forces on Friday, DPR self-defense forces reported. The damaged hospital is located in the Kuibyshev district of the city. At least one rocket made a direct hit through the roof, images from the scene suggest.

Local emergency services said the missile started a fire, which was quickly dealt with.

Bezsonov published a video on his Telegram channel, showing one of the victims, saying that she heard at least two projectiles landing nearby as she and her child were visiting the hospital. Investigators said that a second rocket landed outside the building and that the debris from the explosion hit a car and injured a man.

The victim added that she was with her son when the attack started. She shielded the child with her body, managing to save him from serious injury, while she was hit by flying debris.

Kiev denies the accusations that its forces launch daily artillery attacks on civilian targets in Donetsk. It claims the shelling is done by the DPR and Russian forces to discredit Ukrainian troops.

READ MORE: Today, Ukraine bombed a Donetsk hotel full of journalists – here’s what it felt like to be there

The DPR said the latest attack came from Avdeevka, a satellite city located just north of Donetsk that has become a Ukrainian stronghold. There has been intensive fighting in the area this week, with Ukrainian troops reportedly ceding territory.