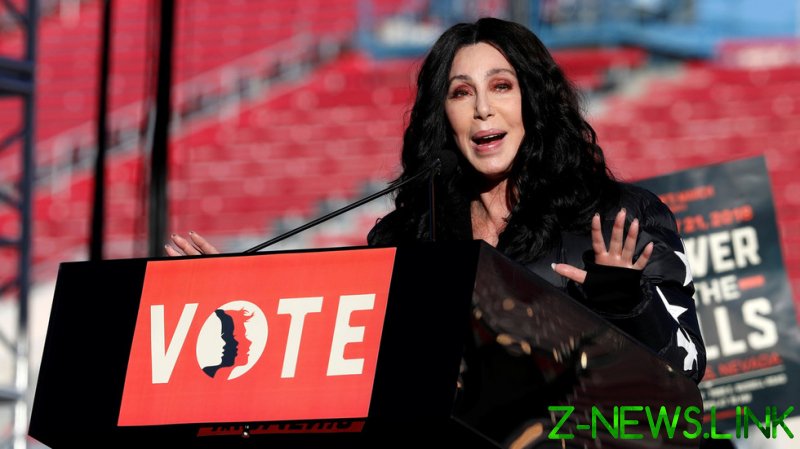 “Was talking With Mom & She Said ‘I Watched Trial Of Policeman Who Killed George Floyd,& Cried,’” Cher tweeted during the ongoing trial of former Minneapolis police officer Derek Chauvin.

It was the second part of the Academy Award winner’s message that raised eyebrows as she appeared to insinuate that Floyd, who died in May of last year after being arrested, would still be alive today had she been at the scene.

“I Said ‘Mom,I Know This Is Gonna Sound CRAZY,But.. I Kept Thinking …..Maybe If I’d Been There,…I Could’ve Helped,” she tweeted.

Cher, who is known today more for her grammatically frantic anti-Trump messages on social media, found herself trending on Saturday as tweets mocking her message received thousands of likes and retweets on Twitter, nearly matching the popularity of her original message.

Some fans, however, showed support for Cher’s message, citing her liberal activism in the past.

“Too many folks’ hearts have hardened too much. Fascism and white supremacy does that to folks. It alienates us from our shared humanity. Cher spoke her truth of solidarity,” Salon’s Chauncey Devega tweeted.

“For all of you defending Cher’s comments, Think about what you’re saying – Black people need the intervention of white celebrities to keep white cops from murdering them. That’s a sad indictment on America,” author and Bishop Talbert Swan tweeted in reaction to people defending Cher’s “heart” being “in the right place.”

Others pointed out that there were witnesses at the scene of Floyd’s death, but they were unable to intervene, meaning Cher’s presence would have been meaningless. The singer appeared aware of this since she praised witnesses testifying in the trial earlier in the week.

The first week of Chauvin’s trial concluded on Friday. The former officer is facing multiple murder charges. Called to the stand in the first week were witnesses such as the woman who filmed the original viral video of Chauvin pushing his knee onto Floyd’s neck after he’d been detained and was already on the ground.

Experts were also called like Lt. Richard Zimmerman who has served with the Minneapolis Police Department since 1985. While Chauvin’s lawyers noted Zimmerman had not worked street patrol like Chauvin did for many years, the officer’s testimony that Chauvin’s tactics were “top tier, deadly force” was seen by many as a win for the prosecution.