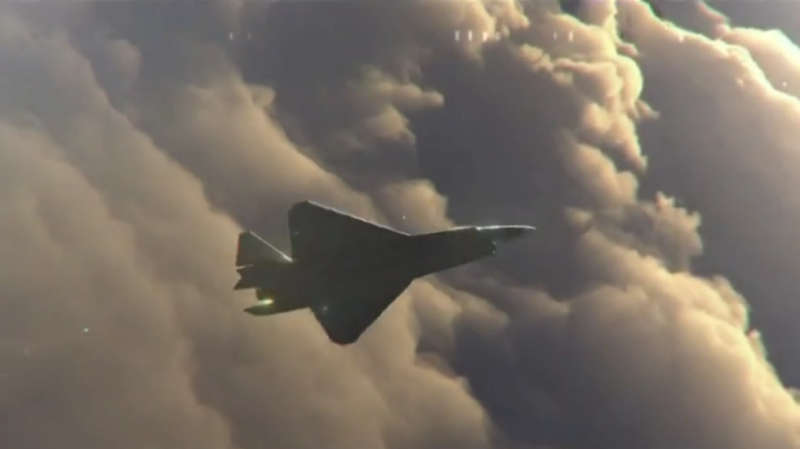 In a flashy teaser released on Monday, Rostec and Russia’s publicly owned aerospace giant UAC showed off renderings of the fifth-generation Sukhoi Su-75, codenamed ‘Checkmate.’ A variant of the stealth jet, they confirmed, will be made available without a cockpit. Instead, its onboard computer will allow it to fly autonomously, eliminating the risk of trained pilots being captured or killed.

“A professional doesn’t need a hammer – a professional needs a scalpel,” a military officer in the video declares. “This is not just another aircraft of the fifth generation – this is the Checkmate.”

In July, weapons engineers revealed the manned version of the Sukhoi Su-75, which cuts a similar shape to the American F-35 but is billed as being cheaper and more advanced. The single-engine warplane will be able to fly almost twice as fast as the speed of sound and cloak itself from ground defenses and radar.

Test flights are expected to begin in 2023, with variants, such as the unmanned version, in development through 2025, and the first units coming off production lines as early as the year after.

Checkmate is intended to be capable of using short runways for takeoff and is fitted with modular weapon bays capable of wielding a full array of anti-aircraft rockets, gun pods, bombs, and guided missiles.

“It is a unique airplane,” its developers told reporters at an exhibition over the summer, adding that the Checkmate is faster, has longer range, a smaller radar signature, and can carry more ordnance than the F-35. “Our price, I hope, will be between $25 and $30 million each,” Rostec’s head, Sergey Chemezov said, making the jet at least half the price of its American counterpart.