Home / WORLD / Candace Owens claims she was refused Covid-19 testing over politics, shows email telling her to get ‘back alley’ service

Candace Owens claims she was refused Covid-19 testing over politics, shows email telling her to get ‘back alley’ service 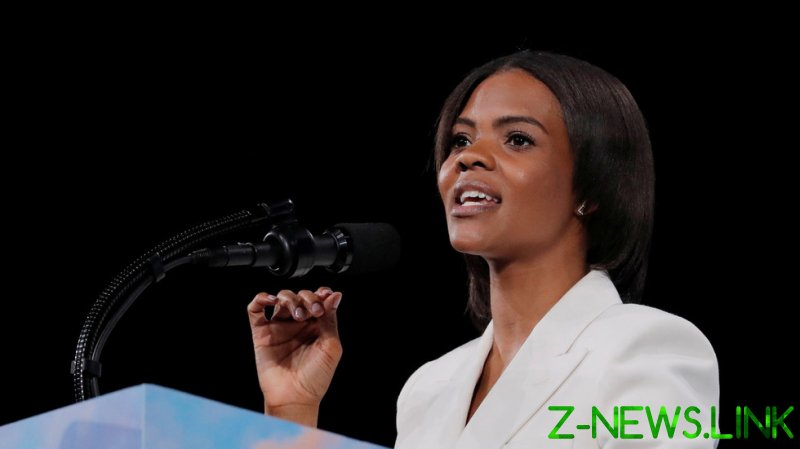 Owens wrote in tweets this week that she had been refused a Covid-19 test by Aspen Laboratories in Aspen, Colorado, “because they don’t like my politics.”

The conservative author and pundit would later take to Instagram to recount her experience, posting alleged screenshots of emails exchanged between herself and the business.

An email said to be from Suzanna Lee, the co-owner of the clinic, informed Owens this week that her appointment was canceled.

“We cannot support anyone who has pro-actively worked to make this pandemic worse by spreading misinformation, politicizing and DISCOURAGING the wearing of masks and actively dissuading people from receiving life-saving vaccinations.”

Like numerous other conservatives, Owens has argued against lockdown restrictions and vaccine mandates from businesses and local governments, though she says she needs to get regularly tested to comply with mandates she runs into while traveling.

Lee added in her message to Owens that her only other testing option in the area is a “free kiosk by city hall” that is located in a “back alley” and has “inconsistent result times.”

“My team and myself have worked overtime, to exhaustion, unpaid and underpaid this past year, spending our own capital to ensure that our community remains protected,” Lee added. “It would be unfair to them and to the sacrifices we have all made this year to serve you.”

Owens’ tale of having service refused to her quickly spread across social media, inspiring fairly mixed reactions, with many celebrating the business owner for booting Owens.

“That is how you take out trash ladies and gentlemen,” Bishop Talbert Swan wrote on Twitter in response to Lee’s email to Owens.

Others cited some Republican pundits’ past support of business owners’ right to choose who to serve, referencing the 2012 story of the Masterpiece Cakeshop in – ironically – Colorado. The business made waves after refusing to design a cake for a gay wedding over religious objections.

Owens argued, however, that the case of the testing facility refusing her service was not a simple matter of freedom of choice, but rather highlights the “political” nature of Covid-19.

“I bet anything that Suzanna here in the first email wore Black Lives Matter shirts and can’t see the irony in denying care to a Black woman like Candace Owens,” conservative pundit Robby Starbuck tweeted.

In a tweet on Thursday, the conservative star chalked up negative reaction to her story, as well as controversy surrounding Joe Rogan’s recently revealed Covid-19 diagnosis and unique medicine plan, to Covid now being “strictly political.” She also boasted that she remains “unvaxxed” and “happy.”

“It’s about the obsessive hatred that the Left has for any person who refuses to kowtow to their Fear World Order,” she tweeted. “I remain unvaxxed, healthy, and happy.”